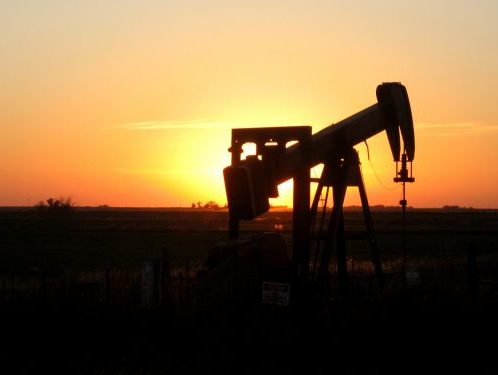 Canada will join a group of about 20 countries and institutions this morning to announce an end to public financing for oil, gas, and coal projects by the end of 2022, Le Devoir reported late Wednesday, putting an end to anxious speculation about whether the Trudeau government would sign on to what was seen as a pivotal pledge during this year’s United Nations climate summit, COP 26, in Glasgow.

The initiative is led by the European Investment Bank and the United Kingdom, and the United States is believed to be another key signatory whose decision to participate may have weighed on Canada’s. The joint statement was expected to commit signatories to end international public finance for unabated coal, oil, and gas by the end of next year and shift their emphasis to clean energy.

The political call on whether to join the group statement was still up in the air by early to late Wednesday evening, local time. The event was scheduled for 10:30 this morning at the UK pavilion in Glasgow, with further briefings to follow later in the day.

“To stand a chance of limiting global temperature rises to 1.5°C, governments and multilateral donors must end international public financing for fossil fuels and prioritize their support for the clean energy transition,” the UK said [pdf] in its session description for the announcement.

The event “will bring together a group of progressive first movers” to “explore the decisive role public finance can play in accelerating the global energy transition,” the brochure added.

“After a wave of commitments to end international coal finance this year, this would be the first international political commitment that also addresses public finance for oil and gas,” Oil Change International and Environmental Defence Canada said in a release last night. Most of that support comes through its export credit agency, Export Development Canada (EDC), which has an “unusual mandate” to provide domestic support to industries that is not easily separated from its international public financing.

The release identifies Enbridge, Parex Resources, ConocoPhillips, and Australia Pacific LNG among the top recipients of EDC’s largesse, with the United States, Mexico, Australia, and Colombia as the “largest destinations for Canada’s international oil and gas support” between 2018 and 2020.

Oil Change and Environmental Defence cite Japan at $10.9 billion, Korea at $10.6 billion, and China at $7.6 billion per year as major sources of international public finance that won’t be a part of this morning’s announcement.

“If confirmed, this will be one of [Prime Minister Justin] Trudeau’s only climate commitments to date that concretely addresses our risky oil and gas sector, and hopefully the beginning of many more,” said Bronwen Tucker, Oil Change’s global public finance campaign manager. “If implemented effectively, this will remove up to C$9 billion/US$7 billion a year in preferential, government-backed finance for oil and gas that Canada has been sending internationally.”

“If confirmed, we will applaud Canada for showing much-needed climate leadership by joining countries promising to shift public finance away from fossil fuels before the end of 2022,” added Julia Levin, senior climate and energy program manager at Environmental Defence. “As the worst provider of public finance in the G20, taking this important step is critical for Canada to meet its emissions target.”

Canada has had a tortuous relationship with international financing of fossil fuel projects, with EDC repeatedly flagged for supporting overseas fossil investments that don’t match up with a 1.5°C future. In early October, EIB President Werner Hoyer and UK COP 26 Envoy John Murton urged countries to chart a different course, noting that they had each already done so.

“More commitments are needed to align international public support fully with the Paris goals,” they wrote. “We can achieve the necessary solidarity by bringing governments and public finance institutions together behind a joint statement proclaiming support for clean energy and a phase-out of fossil fuels.”

Canada currently provides fossil companies with the most lavish subsidies of any G20 country, Le Devoir notes. This morning’s announcement is not expected to touch on any part of the government’s fossil industry support beyond export financing.