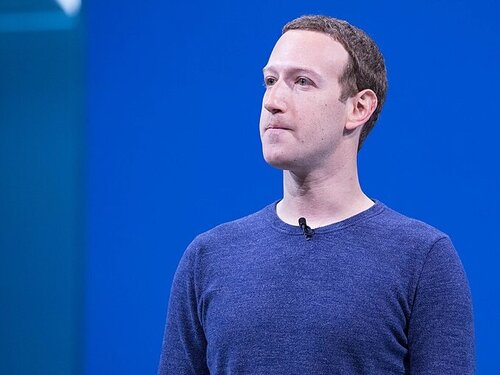 Ten publishers around the world, with U.S.-based Breitbart leading the pack, are overwhelmingly responsible for the climate disinformation circulating on Facebook, says a new report from the non-profit Center for Countering Digital Hate.

Russia Today and the Federalist Papers are two more of the “toxic ten” responsible for “nearly 70% of interactions with climate change misinformation on the platform,” reports the Washington Post.

Included in the Center for Countering Digital Hate (CCDH) report is discussion of a Breitbart story published in the spring that suggested mass lockdowns would be the result should the Green New Deal become law.

CCDH’s March 2021 report on the “disinformation dozen”, which identified the 12 individuals responsible for a whopping 73% of the anti-vaccine misinformation on Facebook, was widely read by U.S. government policy-makers, the Post says. So this new report may likewise inspire political action.

Facebook is pushing back against the report, declaring the dataset used by the authors to be too small to be representative, and their methodology flawed.

But CCDH head of research Callum Hood stood by the study. He said the data on climate denial was collected using NewsWhip, a system that gathers information from Facebook’s application programming interface (API) and “is the best available to outside researchers, given the closed nature of the Facebook platform.”

Long under pressure to broadly ban climate misinformation, Facebook has largely ducked this imperative to date, trying instead to boost “authoritative content on the issue” with tools like a “Climate Science Information Center” for users.

The report also put numbers to just how much publishers—and Google—stand to gain financially as soapboxes for climate denial. “During the last six months, the eight publishers that carry Google ads in this group have generated $5.3 million in Google ads revenue—earning the sites $3.6 million and Google $1.7 million.”

Google’s October announcement that it will prohibit all users from monetizing climate denial has yet to take effect, notes the Post.

Describing Facebook’s willingness to make money by sending users “down rabbit holes of climate change denial” as a “very dangerous business model for the future of the planet,” U.S. Senator Sheldon Whitehouse (D-RI) said told the Post it’s “hard to tell which is more disgusting: Facebook propagating this disinformation, or the fossil fuel industry funding it.”