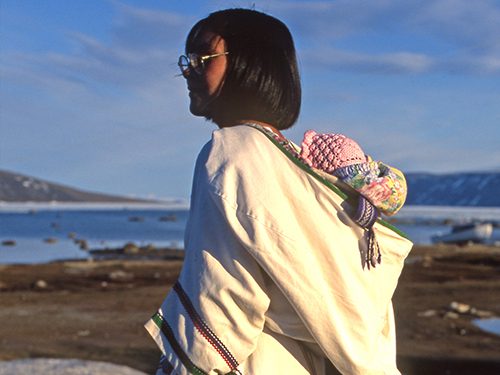 We are being increasingly warned about climate migration in Canada. And these warnings serve as a critical reminder of the fragile state of the Earth and our relationship to it.

But climate and weather events have already had a disproportionate impact on Indigenous communities in settler states like Canada. Such disparities are the calling card of colonialism, York University equity specialist Maggie Quirt writes for The Conversation.

The Internal Displacement Monitoring Centre defines internal displacement as “the forced movement of people within the country they live in.” It recognizes that those affected include “Indigenous communities forced from their ancestral lands to make way for the construction of dams and other infrastructure projects.”

In Canada, however, it is not only development that has uprooted Indigenous peoples.

Treaty-making began the process of land theft, resulting in the forced relocation of Indigenous communities. The abduction of Indigenous children through colonial “education” and child welfare systems were further devastating displacements.

In short, the internal displacement of Indigenous peoples in Canada is nothing new.

The Role of Climate Change

In addition to the historic displacement of Indigenous peoples to further colonial policies, the forced relocation of communities due to climate and weather events is a contemporary Canadian reality.

Displaced from their traditional territories, many First Nations now reside on a fraction of their original land base. In some cases, these areas are prone to seasonal events, such as ice breakup and snow melt, that require moving residents to safer spaces.

Kashechewan First Nation in northern Ontario regularly evacuates its members each spring when the Albany Rivers swells its banks. In 2016, more than 75% of community members were temporarily displaced to Kapuskasing and Thunder Bay.

The Canadian Disaster Database tells the stories of numerous other affected Indigenous communities. Such forced migrations have prompted Indigenous peoples to call on the government to permanently relocate their communities to safer places.

When wildfires swept through British Columbia in summer 2021, Indigenous communities felt the impact. The village of Lytton, B.C., was destroyed by a fire in June—and Indigenous people make up more than one-third of its population. The White Rock Lake fire that happened in August claimed 10 properties on the Okanagan Indian Band reserve.

Discussions around moving for climate change raise important questions about space, mobility, and privilege. Canada’s historical preoccupation with containing Indigenous peoples through the reserve system means fewer options in the present day for communities to relocate. And those relocations that are permitted are often plagued by bureaucratic delay and oversight.

Climate change has also been a pressing issue for Arctic residents—the Earth warms faster at the poles. In her book The Right to Be Cold, Nobel Peace Prize nominee Sheila Watt-Cloutier, the former international chair of the Inuit Circumpolar Conference, outlines the impact of climate change on the North.

Rising sea levels and the reduction of land and ice have affected traditional hunting grounds. Shoreline homes and animal habitats have been destroyed. The gradual disappearance of the permafrost has impacted the built environment. And warmer temperatures make food storage more difficult.

All of this has had a significant impact on Inuit cultural practices. Watt-Cloutier argues that climate change must be fought in order to maintain traditional Inuit ways of living. Northern Indigenous communities, in other words, have “the right to be cold.”

Adaptation and relocation may be viewed as potential solutions to these challenges, but such initiatives must be Indigenous-led. Historically, the spectre of assimilation has haunted Indigenous displacements. We must do better.

The Impact of Disproportionate Displacements

All of us should be concerned about the impact of rising global temperatures. But we need to recognize that in the immediate future, some communities will be more vulnerable to the negative impacts of climate change than others. Not all displaced people within Canada have or will experience the same degree of privilege when it comes to reconfiguring their lives in response to climate change.

If we are serious about redressing Canada’s colonial history and repairing damaged relationships with Indigenous peoples, the disproportionate ways in which we experience our shared territory—and threats to it—cannot be left out of the equation.

Maggie Quirt is an Associate Professor, Teaching Stream, at York University in Toronto. This article is republished from The Conversation under a Creative Commons license. Read the original article.