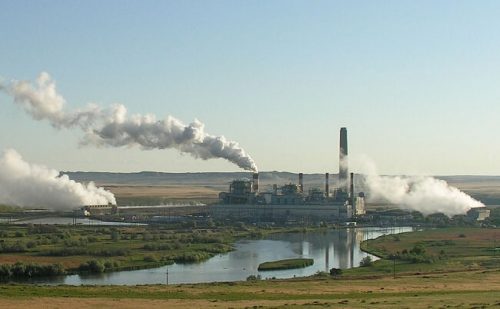 With billionaire philanthropist Michael Bloomberg announcing an extension of his Beyond Coal campaign aiming to shutter 25% of the world’s coal plants and nix all proposed ones by 2025, a new study warns plastic has become “the new coal” in its climate-busting power.

The expanded commitment adds to a “long-standing, proven track record of leveraging philanthropic funding to fill the gap, assume the risk, and succeed in moving the world beyond coal,” Bloomberg Philanthropies writes in a release.

The Beyond Coal campaign began in 2011 with a “first-of-its-kind” pledge to leverage US$50 million to shut a third of the U.S. coal fleet within six years. It ended up shuttering a full 50% by 2017.

Today, 65% of the coal-fired power plants in the U.S. and 50% in the European Union have closed up shop, thanks in part to Bloomberg’s capacity to leverage funding. He raised some US$1.6 billion in philanthropic dollars for various causes around the world in 2020 alone.

And cutting coal has generated significant climate savings. The closures enabled by Beyond Coal have put the United States “on track for a total coal phaseout that will comprise 58% of the U.S. NDC (Nationally Determined Contribution under the Paris climate agreement) by 2030,” writes Bloomberg.

Bloomberg, who spoke on the first day of COP 26 in his capacity as the UN Secretary-General’s Special Envoy for Climate Ambition and Solutions, said the expanded commitment covers 25 developing countries where coal use is actually on the upswing. He pledged to help phase out coal everywhere on Earth by 2040.

To this end, Beyond Coal will engage in policy and advocacy efforts to further marginalize coal and support renewables, and develop and fund clean energy projects, with a particular focus on encouraging private sector investment.

The Bloomberg Philanthropies release notes that “the world is at a critical juncture with coal power resurfacing during a ‘brown recovery’ from COVID-19,” warning that greenhouse gas emissions from coal power generation are on track to exceed the level required to limit global warming to 1.5°C by seven gigatons in 2030. It stresses the need to abandon new coal plants and calls on wealthy countries to step up with the money and know-how to help developing ones make the switch.

UN Secretary-General António Guterres echoed Bloomberg’s sense of urgency. “We need coalitions of solidarity—between countries that still depend heavily on coal, and countries that have the financial and technical resources to support transitions,” he said, lest the Paris targets “go up in smoke.”

Solidarity on coal was a scarce commodity at the Group of 20 summit in Rome over the weekend, with an agreement to stop financing for overseas coal-fired plants overshadowed by Australia, China, India, and Russia “pushing back hard” against efforts to set a target date to end domestic use of the dirty fuel, reports the New York Times.

China’s pushback occurs in tandem with the 247 gigawatts of new coal capacity now under development within its borders. “That is nearly six times Germany’s entire coal power capacity,” notes the Times.

But even if the quest for a coal-free planet by 2040 is realized, there is another fossil-based spectre looming large on the horizon. And too few policy-makers and members of the public see it, says How Stuff Works, sharing highlights from a just-released report by Beyond Plastics titled “New Coal: Plastics and Climate Change.”

Drawing on public and private data sources to analyze 10 stages of plastic production in the U.S., including gas acquisition, transportation, manufacturing, and disposal, the report found that plastic producers alone are responsible for at least 232 million tonnes of greenhouse gas emissions every year, “the equivalent of about 116.5 gigawatts in coal plants,” the group explains. And things are due to get much worse, with “dozens of plastic facilities” currently in the pipeline across the country, especially along the U.S. Gulf Coast.

The industry’s expansion is occurring almost completely “under the radar, with little public scrutiny and even less government accountability,” the report authors add.

“Unless you live in the communities where this is taking place, people just don’t know this,” said Judith Enck, president of Beyond Plastics and a former regional administrator of the U.S. Environmental Protection Agency.

“Plastic is the new coal,” she warned, and, “we’ve got to reduce the use of plastic if we have any chance of hitting climate change goals.”