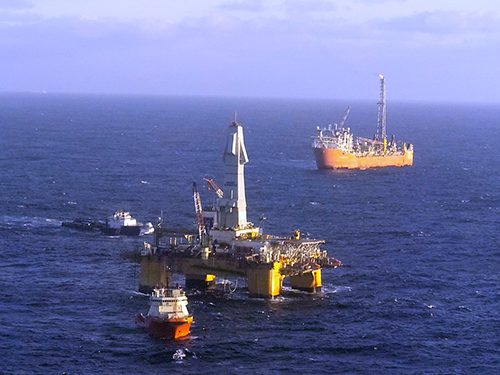 The United Kingdom government may be in line for a new round of legal headaches over fears that it will approve a massive new oilfield off the Shetland Islands, just as it takes the chair of the United Nations climate conference aimed at quickly and drastically reducing the world’s greenhouse gas emissions.

Lawyers from the UK environmental law charity ClientEarth wrote to UK Business Secretary Kwasi Kwarteng October 29, just two days before the opening of COP 26, warning that any approval for the intensely controversial Cambo oilfield would rely on “outdated climate checks,” The Guardian reports.

Earlier this year, The Sunday Times said the Cambo field would represent an additional 255 million barrels and 132 million tonnes of carbon dioxide, with Oxfam Scotland estimating it would take a land mass 1.5 times the size of Scotland to counter the project’s climate impact. Researchers at DeSmog UK said the Cambo field would produce 800 million barrels.

Last week, ClientEarth lawyer Sam Hunter Jones said the Boris Johnson government has been “asleep at the wheel” in its review of the project. He urged the UK to adopt new evaluation criteria that are more in line with the “growing international evidence against new fossil fuel developments,” The Guardian states.

“The department for Business, Energy & Industrial Strategy was expected to release a new Offshore Energy Strategic Environmental Assessment (OESEA)—used to guide government policy and decisions regarding fossil fuel developments in UK waters—before the end of the year,” ClientEarth said in a release. “But there has been no update on the report—the first to be conducted in five years—since an initial scoping consultation was launched in May, and no response to that consultation.”

“Decisions on new North Sea oil and gas projects like the Cambo oil field risk fatally undermining efforts to meet the world’s climate targets by locking in polluting infrastructure and emissions for decades to come,” Hunter Jones said. “Ahead of COP 26, where the UK government is positioning itself as a leader on climate action, it’s difficult to understand why work on this vital assessment is not moving forward with urgency.”

If the government “fails to deliver a legally adequate assessment that provides decision-makers with the full picture of climate impacts,” he added, officials can expect to see ClientEarth in court.

There are still a couple of rounds of consultation coming up that could get the regulatory process back on track. But so far, the Johnson government has mostly distinguished itself with the claim that authorizing a new oilfield wouldn’t be the same as allowing it to go into production. In August, Scotland Office Minister David Duguid ludicrously suggested the Cambo project would not be a major climate risk because the petroleum it would produce—and the carbon dioxide emissions it would embody—could sit in barrels rather than being burned.