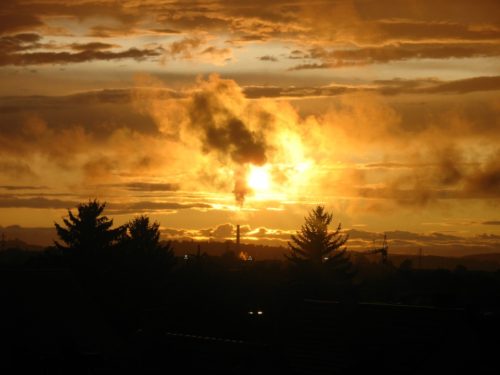 “Humanity faces several stark but clear choices,” Espinosa said in her opening remarks. “We either choose to achieve rapid and large-scale reductions of emissions to keep the goal of limiting global warming to 1.5°C—or we accept that humanity faces a bleak future on this planet. We either choose to boost adaptation efforts to deal with current extreme weather disasters and build resilience to address future impacts—or we accept that more people will die, more families will suffer, and more economic harm will follow.”

And “we either choose to recognize that business as usual isn’t worth the devastating price we’re paying and make the necessary transition to a more sustainable future—or we accept that we’re investing in our own extinction.”

Success at COP 26 “is about much more than environment,” Espinosa added. “It is about peace, stability, and the institutions we have built to promote the well-being of all. It is for these reasons and more that we must make progress here in Glasgow.”

But Johnson, speaking a day earlier during the G20 meetings in Rome, had a decidedly more pessimistic take, The Independent reports. “Where we stand today, there is no chance of us stopping climate change next week,” he said, adding that the long-awaited COP 26—meant to be a major milestone in the UN climate process—could at best be “a way station” on the road to stopping climate change.

“There is no chance of us getting an agreement next week to limit climate change to 1.5°,” Johnson told G20 delegates, even though he acknowledged the disastrous outcome that could produce.

“The Roman empire, they weren’t expecting it and they went into reverse—we had a Dark Ages,” he said. “It’s important to remember things can get dramatically worse.”

A Johnson spokesperson said the UK hoped to secure commitments at COP 26 to “halve emissions by the end of the decade” as a way of keeping a 1.5° target in sight. But “the UK is declining to push for a tougher ‘rachet’ mechanism—to force countries to prove progress towards announced goals every two years, instead of five—apparently fearing that would not be agreed,” The Independent writes. “And COP 26 will not attempt to agree a specific figure for reducing expected gigatonnes of carbon dioxide emitted by 2030, which will await further summits.”

“This talk of another round of [NDCs] will just feed into the hot air which is already plenty in the COP process,” said Pakistan climate minister Malik Amin Aslam. “The huge gap between what is already in the NDCs and what is actually being implemented needs to be plugged instead of another round of updating NDCs. Let’s talk climate action and not bureaucratic and endless updating of meaningless NDCs.”

But the idea of a quicker process to amp up national commitments has powerful support, beginning with former UN climate secretary and Paris agreement architect Christiana Figueres. “At COP 26,” she told media, “there has to be a clear agreement that governments will come back in 2023… to guarantee that we are on a path to 1.5°C.”

The 48-member Climate Vulnerable Forum is calling for annual NDC updates through 2025, Climate Home says. And E3G senior policy advisor Jennifer Tollmann agreed on the “real-world need to improve NDCs before 2025,” since “we need at least seven years to make the appropriate economic and investment decisions” to cut emissions by half this decade.

Early reports from the G20 meeting indicated that the gathering of the world’s wealthiest economies may have made progress in bridging the issue of NDC timing. “It is noteworthy that G20 leaders committed to revisit and further enhance their 2030 emission reduction targets where necessary,” said Helen Mountford, vice president, climate and economics at the World Resources Institute, in a release. “This must now paint the way for negotiators at COP 26 to agree that major emitters will come back in the next couple of years to further strengthen their 2030 targets to align with avoiding the 1.5°C temperature threshold.”

The national climate plans filed with the UN ahead of this year’s COP “do not achieve the deep emission reductions necessary to avoid the most dangerous levels of warming,” Mountford added, but they’ve still “shifted us to a much better trajectory” compared to the years before the 2015 Paris deal.

“It is impressive that 90% of G20 countries have now indicated some intention to reach net-zero, which would have been unfathomable just a few years ago,” she said. But “to keep the 1.5°C goal within reach, countries need to set 2030 climate targets that chart a realistic pathway to deliver these net-zero commitments”—beginning with G20 members like Australia, Russia, China, Saudi Arabia, Brazil, and Turkey that have still not done so.

Mountford said the G20 meeting sent an “unequivocal message” that countries would no longer fund unabated coal projects abroad, embraced ambitious action to get methane emissions under control, and recommitted to delivering US$100 billion per year in climate finance to developing countries. But the rich countries’ coal pledge “failed to make the obvious leap to stop building coal-fired plants at home as well,” she said. And their recent, epic failure to deliver the $100 billion on time has created an immediate need to rebuild trust with countries on the front lines of the climate emergency.

Oxfam International’s response to the G20 called countries out for failing to adopt bold action plans on vaccine inequality, climate, and a fair pandemic recovery.

“What an abysmal and total failure of leadership” on vaccines, said Senior Advisor, Jörn Kalinski. “The G20 talk of helping to reach the 70% vaccination target but yet again produce absolutely no plan to achieve it. At this stage in the pandemic, for them to have requested health ministers to simply ‘explore’ ways to accelerate vaccine access is a sickening insult to the millions of people who have lost loved ones to this catastrophic pandemic, and to the health workers on the front line trying to save lives with no protection.”

On climate, he added, “confirming the 1.5°C goal of the Paris agreement was a minimum requirement. Without a promise to revise their lacklustre national climate plans to be in line with this goal, it is meaningless.”

Overall, “despite the amazing coffee in Rome, G20 leaders must have been drinking decaf, as their collective results were muted, unambitious, and lacking concrete action plans,” Kalinski said.

“If the G20 was a dress rehearsal for COP 26, then world leaders fluffed their lines,” said Greenpeace International Executive Director Jennifer Morgan. “Their communiqué was weak, lacking both ambition and vision, and simply failed to meet the moment. Now they move on to Glasgow, where there is still a chance to seize a historic opportunity. But the likes of Australia and Saudi Arabia need to be marginalized, while rich countries need to finally grasp that the key to unlock COP 26 is trust.”

“This weak statement from the G20 is what happens when developing countries who are bearing the full force of the climate crisis are shut out of the room,” added Power Shift Africa Director Mohamed Adow. “The world’s biggest economies comprehensively failed to put climate change on the top of the agenda ahead of COP 26 in Glasgow.”