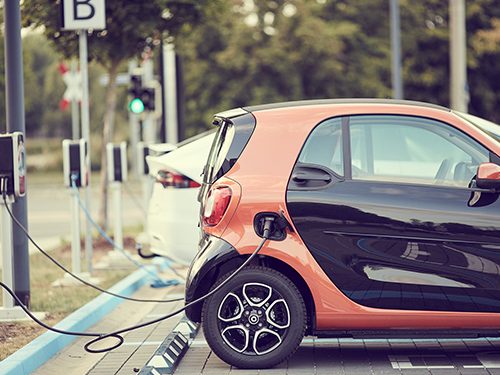 Canada provides the most lavish fossil fuel subsidies of any G20 country and is falling behind in funding for renewable energy, but its latest suite of climate policies could put the country on track to meet its carbon reduction targets for the first time ever, according to two new reports released on the eve of the COP 26 climate summit in Glasgow.

Canadian fossil fuel producers receive more public financial support than any in the developed world, according to a new analysis by Oil Change International, and renewable energy gets less government help than in any other G20 country, The Canadian Press reports.

But a Clean Prosperity study that shows the Liberal climate plan meeting Canada’s 2030 greenhouse gas emissions targets “could give some heft to Prime Minister Justin Trudeau’s credentials as he heads to planned climate discussions” in Glasgow, the news agency writes.

The colliding reports show Canadian climate policy at a crossroads, after Trudeau’s campaign pledges to cap fossil fuel emissions at 2020 levels, set declining five-year caps beginning in 2025, cut methane emissions from oil and gas 75% by 2030, achieve an emissions-free power grid by 2035, and mandate that 50% of new cars and light trucks sold in 2030 be zero-emission vehicles. They land at a moment when two key members of the federal Cabinet, newly-appointed Environment Minister Steven Guilbeault and Natural Resources Minister Jonathan Wilkinson, are openly acknowledging the need to get serious about carbon pollution from the country’s emissions-intensive fossil sector.

“The very fact that we would commit to such an ambitious measure in the platform shows that we recognize the problem,” Guilbeault told the Toronto Star. “We’re not putting a cap on the emissions of the cement sector or the steel sector or aluminum or forestry. We’re putting a cap on oil and gas because it is 25% of our emissions.”

“The biggest challenge is really working with the energy sector in this country to ensure that we are thoughtful about how we move through these coming decades in a manner that will enable Canada to remain prosperous while reducing our emissions,” Wilkinson added.

The report acknowledges that not all countries are equally transparent, with information from countries such as China and Saudi Arabia harder to come by. But it found Canada topped the subsidies list, providing an average of almost $14 billion a year between 2018 and 2020. Japan, Korea, and China came in close behind.

“Canada’s been consistently in the top four. They’ve always been up there.”

At the same time, the report finds Canadian renewable energy received about $1 billion in public financial support—far less than in other countries.

On average, the report finds G20 countries provided about 2.5 times more support for fossil fuels than renewables. In Canada, the ratio is 14.5.

“That juxtaposition really stood out to me,” said Julia Levin of Environmental Defence, which has received and endorsed the report. “We have just spent so much on the sectors of the past rather than preparing for the future.”

Both the federal government and Export Development Canada—the agency through which most of the financing flows—have pledged to reduce fossil fuel finance.

During the recent federal election campaign, Levin told CP, the Liberals said they would eliminate fossil fuel subsidies by 2023—and that’s progress. “This is the first time we’ve seen the government say, ‘Hey, we have to do something about public financing.”’

In his Star interview, Guilbeault said Ottawa will eliminate economically “inefficient” fossil subsidies by that date, then set a timeline for EDC and other Crown corporations to stop funding fossil fuels. “We will need to provide a timeline for that second bucket of subsidies, if you wish, in the very near future—and a process and a timeline to eliminate those as well,” he said.

The CP coverage shows the ground the government still has to cover to make good on that plan. EDC says by 2023, it will reduce support to the six most carbon-intensive sectors by 40% below 2018 levels and set “sustainable finance targets” by July 2022. “The organization will also be considering how to broaden targets to cover all sectors it supports,” it says on its website.

Levin said those promises are inadequate. “They fall short of what needs to happen. Any climate policy that allows a public institution to continue giving support to the oil and gas sector isn’t enough.”

“It’s never been clearer that this government needs to eliminate all fossil fuel subsidies,” he said in a release. “To beat this climate crisis, we need bold action to reduce emissions by 50% instead of the Liberals’ less ambitious targets.”

Tucker said a coalition of 15 countries and institutions are expected in Glasgow to commit to ending public finance of fossil fuels, but “it is uncertain whether Canada will join.”

That checkered record—and the new potential in Trudeau’s most recent set of promises—will be front and centre for Canadians attending COP 26. Leaders’ summits are only held at every fifth meeting in the annual series of UN climate conferences, CP explains, and the Glasgow negotiations are a year delayed because of COVID-19.

Catherine Abreu, executive director of Destination Zero, said Canada and Trudeau brought a lot to the table in Paris in 2015. “But since then, there’s been a growing recognition of the disconnect between the rhetoric that Canada brings to those kinds of conferences and the actual on-the-ground progress,” she said.

The country’s emissions have risen more than 3% since 2016, the most of any G7 nation, five of which saw emissions decline in that period. Abreu said that fact and the purchase of the Trans Mountain pipeline in 2018 did not go unnoticed.

But Trudeau has substantially upped the ante with his climate promises over the last 12 months, and the Clean Prosperity analysis says just three of those measures—the fossil emissions cap, the ZEV mandate, and a zero-emissions grid—could get Canada almost half-way to the new target the Trudeau Liberals set last spring, to cut emissions 40 to 45% below 2005 levels by 2030. The previous target was 30%.

Clean Prosperity Executive Director Michael Bernstein says taken altogether, Liberal climate promises could get up to 41% below 2005 in time to meet the 2030 goal. Canada has not met an emissions goal yet, blowing well past the targets set for both 2012 and 2020.

But to hit the target this time, Bernstein said the government has to actually implement its policies without delay.

“Things are going to get real now,” he told CP. “Tough choices are going to need to be made, and things like those regulations on oil and gas have to actually go in place and bring down emissions.”

These two reports by The Canadian Press were first published October 27 and 28, 2021.