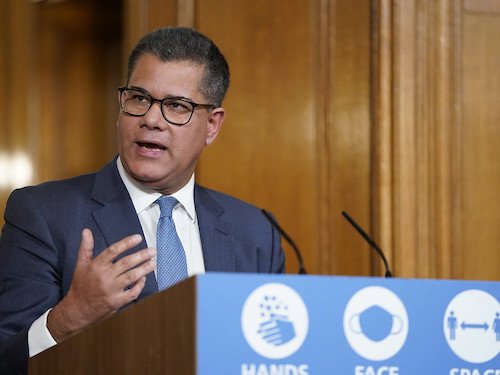 If you’ve been counting on a world-beating way to solve the climate crisis emerging from the UN conference, COP 26, then relax. Just hope it doesn’t make things any worse.

Alok Sharma, the British politician who is president of the 2021 UN climate conference, is the man of the moment, or at least he very soon will be—as soon as it opens in the Scottish city of Glasgow this Sunday. For the next two weeks, without exaggeration, he will hold the fate of millions in his hands as he seeks to steer the world towards a workable climate agreement.

A decent man, and a deft media performer, Sharma is also no slouch when it comes to deflecting the questions he’d really prefer not to have been asked. Speaking at a digital news conference this week organized by Covering Climate Now, a global journalists’ initiative, he made quite clear what the world might reasonably expect from the COP, and what we shan’t see.

What we’re very unlikely to see, he declared, is any advance beyond the outcome of COP 21, held in the French capital in 2015, and crowned with a significant agreement reached by almost 200 countries: to ensure that global temperatures should not rise by more than 2°C above their historic level, and if possible by no more than 1.5°C.

And Alok Sharma’s high hope for Glasgow? To keep the Paris Agreement intact. “The overarching ambition”, he told us, “is that we should be able to say we’ve kept 1.5°C alive.”

You could say that’s decidedly modest, even unambitious, particularly for a country as renowned for its exemplary role as Sharma insists the United Kingdom is. “People around the world see the UK as a leader on climate action,” he said. “We have a pretty strong record on tackling climate change and emissions.”

That sounds good. But there’s a cautionary note (there almost always is). Looking ahead to what may happen (or not) once arrived in Glasgow, the COP president had this warning: “We still have some of the most difficult questions to answer.”

Entirely reasonably, he’s relying on backing from other participants. “This is about doing something collectively, for the common good,” Sharma said. “We’re there to build consensus. It’s up to me as the COP president to champion the voices of the climate-vulnerable.”

Yes? The climate-vulnerable haven’t been exactly at the top of the UK’s list of  priorities recently. Just before the meeting ended I managed to ask Sharma my question: “This year the UK government has cut £4 billion from its foreign development spending, and is spending an extra £10 billion on increasing its arsenal of nuclear warheads. It’s also considering the creation of a new oilfield off the coast of Scotland. Why would any country seek the advice of the British government on ways to save the planet?”

I think it’s fair to say the COP president was economical with his answers.

The cutting of development aid? He hoped the missing £4 billion would be restored to help the climate-vulnerable when the UK could afford it.

The proposed new oilfield? The British government had doubled the money it was providing to help climate-vulnerable countries, it was “ring-fenced” from the country’s emission reduction targets, and anyway the private sector, was coming to the rescue.

A 40% increase in spending on nuclear weapons (not normally a priority for the climate-vulnerable)? Er… not a flicker, not a mention.

Don’t blame Alok Sharma: he was just doing his job, the job to which he’d been appointed by the British prime minister, Boris Johnson. And Johnson was himself singing a less certain tune. After months of boisterous proclamations that the UK would in Glasgow be putting on a world-beating display of how to solve the climate crisis, just five days before the COP is due to start he was telling a children’s news conference: “It will be very, very tough, this summit, and I’m very worried because it might go wrong and we might not get the agreements that we need. It’s touch and go…”

Mind you, Johnson and Sharma—not to mention the rest of us—have cause for concern. As the COP comes even closer, analysis released Thursday by Friends of the Earth UK and the New Economics Foundation identifies 40 new coal, oil, and gas projects in line for approval that will nearly triple the UK’s annual greenhouse emissions if they go ahead. And new research finds that a large. UK-financed gas project in Mozambique could contribute more than the combined annual greenhouse gas emissions of all 27 European Union countries over its lifespan.

The 40 projects are incompatible with internationally agreed climate targets and the UK’s own commitments, the researchers say.

And a final cheerful note: with the city of Glasgow facing the possibility of a rail strike during the COP, the city council has told concerned Glaswegians it has no plans for any replacement: “If the rail strike goes ahead, the fallback position has to be for people to again take further steps to change how they travel.” Get your boots on.