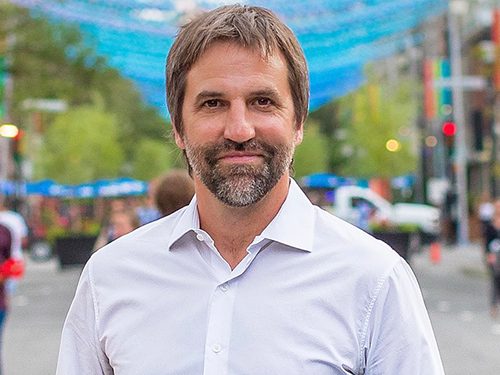 The overwrought reaction this week to a climate policy veteran’s appointment as Canada’s new environment minister obscured the sheer depth of expertise Steven Guilbeault brings to his new post, as well as a new level of strategic focus that may have been behind Prime Minister Justin Trudeau’s choice.

Within 24 hours of the cabinet announcement, media were pressing Guilbeault to justify his past work experience as a Greenpeace activist and Équiterre co-founder, even as his predecessor in the environment portfolio, Natural Resources Minister Jonathan Wilkinson, urged Alberta Premier Jason Kenney to “dial down the rhetoric”.

“I don’t have a secret agenda as environment minister,” Guilbeault told media yesterday, adding that Ottawa has been “very clear” about its plans to price carbon, increase transit use, and support cleaner energy sources. “It’s a government effort to tackle… what many consider one of humanity’s greatest challenges, which is climate change.”

He added he’d been disappointed to hear that Kenney won’t be at COP 26 in Glasgow—which Alberta’s deeply unpopular UCP premier declared a “gabfest” a couple of days ago. “I would be happy to sit down with Premier Kenney and with other provincial premiers and environment ministers to talk about how we can work together in the fight against climate change,” Guilbeault said.

That sentiment stood in contrast to a flurry of disdain from fossil-affiliated media, with the Calgary Herald’s Don Braid branding Guilbeault a “Greenpeace prankster” become environment minister, National Post opinion writer Jesse Kline asserting the second-term federal Cabinet member “hasn’t grown up since his radical lawbreaking days”, and Post columnist John Ivison concluding that a politician aiming to drive jobs and prosperity through the transition off carbon is a sign of “Trudeau’s no-growth cabinet”.

But first prize for succinct hyperbole went to Brett Wilson, the investment banker and one-time Dragons’ Den panelist last seen trolling British Columbia’s Dogwood Initiative in 2018, after the group received a summer job grant for its campaign against the Trans Mountain pipeline expansion. “Do we still hang for treason?” Wilson asked, at a time when Dogwood said it was receiving piles of hate mail on news of the federal grant.

“We are so f*cked,” Wilson decorously tweeted Tuesday, in response to Guilbeault’s appointment. “Canada loses. The world loses.”

At least some of that international experience accumulated over the five years Guilbeault served as co-chair of Climate Action Network-International, before joining the management consulting firm Deloitte & Touche as a consultant.

On Tuesday, Guilbeault tweeted that his first trip as environment minister would bring him to this year’s COP. “Caroline Brouillette, director of domestic policy at Climate Action Network-Canada, says Guilbeault won’t take long to brief on the file because he has probably attended more COP meetings than anyone else in the Canadian delegation,” The Canadian Press writes.

But the attacks on Guilbeault may also have missed an emerging shift in a government that was elected on “sunny ways”, spent years sustaining itself largely on optics, but now appears more tightly focused on getting stuff done. In portfolios far beyond environment and climate, news analysts are pointing to cabinet appointments that suggest some degree of recognition that the typical minority government only lasts two years—and prime ministers are rarely elected for a fourth term.

One senior climate policy analyst (along with the rest of the Canadian climate community) was speculating this week on whether the federal Liberals will now walk their talk on the somewhat more ambitious climate targets Trudeau unveiled in April, not to mention the oil and gas emission caps and deep methane reductions the PM promised on the campaign trail in September. And Globe and Mail columnist Adam Radwanski says the new cabinet puts the Alberta fossil industry on notice—for reasons that go beyond Guilbeault’ appointment to Environment.

“Jonathan Wilkinson, who was an effective environment minister for the past two years, has been shifted to Natural Resources, the department primarily responsible for relations with fossil fuel producers,” Radwanski writes. “He is clearly being sent there to make change in a department that has been relatively deferential in that relationship, and that has slow-rolled the many components of the Liberals’ climate agenda for which it is responsible.”

The leadership change at NRCan “is a bold and probably necessary move if the government is to have much chance of meeting its new commitment to a 40% reduction in GHG emissions from 2005 levels by 2030,” Radwanski adds. Wilkinson’s arrival will test his own communication and management skills, as well as “the seriousness of fossil fuel companies that have been making aspirational net-zero emissions pledges and insisting they’re willing to work with government on sustainability.”

Radwanski says Trudeau could have pushed the climate focus farther still with different cabinet choices in the agriculture department, and possibly in infrastructure. But one appointment that has sailed below the radar so far is the new fisheries and oceans minister, British Columbia MP Joyce Murray, a longtime GreenPAC endorsee (as are Guilbeault and Wilkinson) who worked as a professional forester before entering politics.

Murray “is a long-time advocate for action on climate change and marine biodiversity. And she is no rookie to government, having served as minister of digital government and, previously, as B.C.’s environment minister,” writes Ottawa-based environmental lawyer Stephen Hazell in a Globe and Mail letter to the editor.

“Expect her to be skeptical about oil and liquefied natural gas tanker traffic and open-pen aquaculture. Expect her as well to be determined to rebuild salmon and other fish stocks, establish more marine protected areas, and save the Southern Resident killer whales and North Atlantic right whales.”