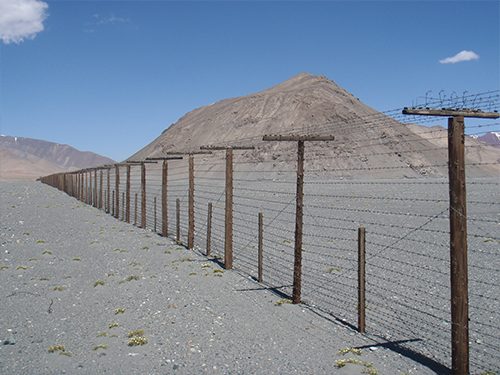 New assessments released by the Pentagon, the U.S. intelligence community, and the White House show an evolving awareness of the threats to global security posed by climate change’s potential to “upend societies and topple governments.”

“Until now, when the Defense Department has considered climate change, it has tended to focus on how floods and extreme heat can affect military readiness rather than the broader geopolitical consequences of a warming world,” reports the Washington Post. “Now it is worried that climate change could lead to state failure.”

In parallel, a “first-of-its kind document” from the Director of National Intelligence warns that climate change will drive geopolitical conflict as countries vie for global resources, the Post says. Specific scenarios in the report include conflict between countries vying for fishing rights as ocean stocks decline, or struggling to mine minerals to meet rising demand from renewable energy manufacturing. Arctic regions, newly exposed by melting ice sheets, are at particular risk of increased conflict.

A third assessment issued by the White House lays out how migration forced by climate change could lead to border conflicts. The report calls for asylum and refugee programs that are more accommodating to climate migrants, while cautioning that other countries may try to benefit from mass displacement of vulnerable populations, says the Post.

“Absent a robust strategy from the United States and Europe to address climate-related migration, the People’s Republic of China (PRC), Russia, and other states could seek to gain influence by providing direct support to impacted countries grappling with political unrest related to migration,” the White House report says.

The assessments from the U.S. send an important message leading up to the COP 26 summit, but that message may not be enough to generate effective results, writes foreign policy specialist Ishaan Tharoor in the Post’s Today’s WorldView newsletter. “For all the clarity of these warnings,” he says, “there’s far less certainty about the scope for action.”

“Global momentum is growing for more ambitious greenhouse gas emissions reductions, but current policies and pledges are insufficient to meet the Paris Agreement goals,” the NIE writes. Instead of rising to the task of collaborating on the necessary action, “countries are arguing about who should act sooner and competing to control the growing clean energy transition.”