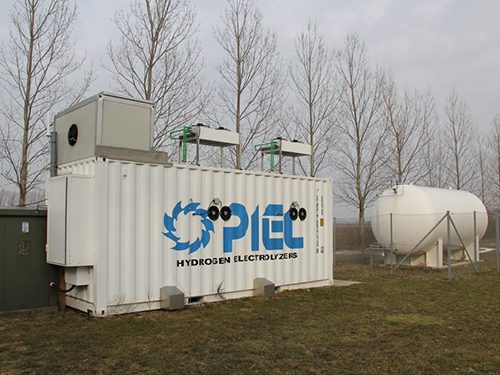 With his eye on the markets and his finger on the pulse of green technologies like hydrogen electrolyzers, Carbon Tracker Initiative strategist Kingsmill Bond is urging everyone fighting the climate crisis to find hope that “the ceiling of the possible is always rising.”

That was the main takeaway from Canary Media’s summary of a recent conversation between Bond and veteran climate columnist David Roberts.

A long-time analyst for Deutsche Bank and Citibank before moving to Carbon Tracker, Bond is adamant that “we are on the front end of a massive, precipitous wave of change to rival the Industrial Revolution—one that will unfold even if policy support is weak and erratic, purely on the strengths of economics and innovation.”

He draws inspiration from the fact that solar PV, wind turbines, battery storage, and hydrogen electrolyzers are all becoming less expensive. The technologies are all on “learning curves,” he explains, a term which Canary Media clarifies as “the empirical metric for how costs decline as deployment increases.”

The critical point Canary adds, is that “many technologies never get on a learning curve, but these ones have, and they are likely to continue to move down the curve.”

In his interview with Roberts, Bond cited a new study by Oxford University researchers who found that when technologies get onto learning curves, they stay there for very long periods. “This is extremely significant because if you assume that growth continues, then these technologies will get incredibly cheap,” he said.

Asked how confident he is about the still very young learning curve associated with electrolyzers, which extract hydrogen from water, Bond replied with two promising trends: electrolyzers seem to be “already exhibiting the same learning characteristics that we’ve witnessed in some of the batteries,” and their physical nature is “granular and discrete,” consisting of “very small pieces of equipment” that are “easily replicated and can be built at any size.”

Other analysts have long pointed out that the large number of units to be built for different types of renewable energy production mean the technologies will be faster to gain efficiency and cut costs—in contrast to larger, centralized energy systems that are built one or a few at a time, not in the thousands or more.

Bond disputed concerns about future critical mineral shortages as “absolutely bogus,”asserting that “there is enough lithium, for example, in known reserves today to be able to satisfy over a century of current demand. There’s enough cobalt in the world for 1,000 million cars.” (The interview appears not to have touched on environmental and human rights concerns that energy transition advocates are just beginning to grapple with.)

“When hydrogen also gets onto cost curves and people are starting to think about how to put hydrogen into steel and shipping and airlines and so forth, you can see the contours of the new world that will emerge,” Bond said.

Click here for the rest of Canary Media’s summary of the Kingsmill Bond interview.

Campaigners Accuse Companies of ‘Greenwashing on the Road to COP’