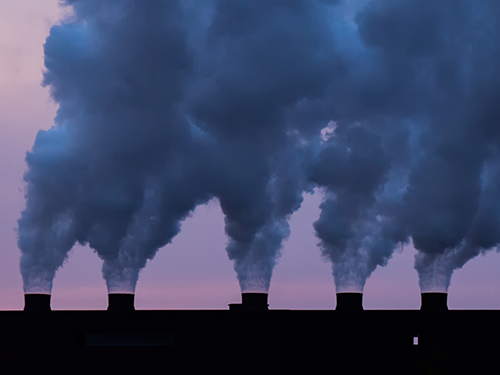 In what Secretary General António Guterres calls “another thundering wake-up call” on the eve of this year’s global climate change summit, COP 26, the United Nations Environment Programme (UNEP) says countries’ failure to reduce their greenhouse gas emissions is putting the world on course for 2.7°C average global warming by 2100, with massively destructive results.

All 195 of the countries that signed the 2015 Paris climate agreement were supposed to submit plans to speed up their emission reductions in time for the COP, and 120 of them have done so, the BBC reports. But the 12th in UNEP’s annual series of Emissions Gap Reports “finds that when added together, the plans cut greenhouse gas emissions in 2030 by around 7.5% compared to the previous pledges made five years ago,” compared to the 45% by 2030 required to hold average global warming to 1.5°C.

“To stand a chance of limiting global warming to 1.5°C, we have eight years to almost halve greenhouse gas emissions: eight years to make the plans, put in place the policies, implement them, and ultimately deliver the cuts,” said UNEP Executive Director Inger Andersen. “The clock is ticking loudly.”

“The emissions gap is the result of a leadership gap,” Guterres added. “But leaders can still make this a turning point to a greener future instead of a tipping point to climate catastrophe.”

While the trajectory of the report and the urgency of its message are not new, lead author Anne Olhoff said Monday, it was still important for UNEP to deliver “as precise a picture as possible of the current situation” as an expected 25,000 participants gather in Glasgow for COP 26.

“Yes, we are flooded with new reports, almost on a daily and at least a weekly basis leading up to the COP,” she told The Energy Mix. But “when you see all of these reports telling the same story, it reinforces a very consistent message: It is a message of urgency and promising developments, but not at the pace that we want to see.”

The report lists 50 countries, representing more than half of global emissions, that have adopted 2050 net-zero targets, and fully implementing those targets could reduce average warming from 2.7 to 2.2°. “The problem, though, is that many of these net-zero goals are ambiguous,” BBC says, particularly those put forward by the world’s 20 richest countries. “Many delay significant cuts until after 2030, raising serious doubts about whether they can really deliver net-zero just 20 years later.”

UNEP warns that countries are also on track to miss the opportunity for a green, low-carbon recovery in their response to COVID-19, with only 20% of pandemic recovery investments devoted to renewable energy or other sustainable economy measures.

“The huge sums spent to recover economies from COVID-19 are a once-in-a-generation opportunity to boost low-carbon technologies and industries. In most cases, this opportunity is not being taken,” report co-author Brian O’Callaghan, project manager at the Oxford University Economic Recovery Project, told BBC.

“This is a particular slap in the face for vulnerable nations who are suffering the worst consequences of climate change,” he added. Yet “we remain without a commitment from the highest emitters to cover the loss and damage that they have brought on the world.”

The 112-page Emissions Gap Report [pdf] shows global carbon dioxide emissions “bouncing back to pre-COVID 19 levels” after an “unprecedented” 5.4% drop in 2020. Atmospheric carbon concentrations still increased by about 2.3 parts per million last year, UNEP says, and fossil energy emissions are expected to rise 4.8% in 2021, bringing total carbon pollution back within range of the previous high established in 2019.

With countries’ new carbon reduction pledges still insufficient to get emissions under control, the report says G20 countries as a group are not even on track to deliver on their original Nationally Determined Contributions (NDCs) under the Paris deal, much less their new, improved targets. “Australia, Brazil, Canada, Mexico, the Republic of Korea, and the United States of America are all assessed to require stronger policies to achieve prior NDCs,” the report says.

While UNEP casts the rise of net-zero pledges as a “promising development”, the report points to “large ambiguities” in countries’ 2050 promises, as well as a lack of a clear pathway for them to get from here to there. “Existing targets show variations in scope and large ambiguities with respect to the inclusion of sectors and GHGs,” the report states. And most of the G20 targets “are unclear or undecided on the inclusion of offsets and of international aviation and shipping emissions.”

After years of hearing that faster, earlier emission cuts will be easier and cheaper to achieve than more drastic actions that begin later, a chart in the report lists Argentina, Brazil, Canada, China, the entire European Union, Japan, and Korea as jurisdictions that are counting on later emission reductions to get them to net-zero.

And like the daunting science assessment published in August by the Intergovernmental Panel on Climate Change, the report points to rapid methane reductions from fossil fuels, industrial agriculture, and landfills as a strategy that “can contribute significantly to closing the emissions gap and reduce warming in the short term.”

Olhoff said UNEP tried to leave little scope for major emitters to greenwash their climate initiatives by taking on the language but not the hard work of a net-zero future. “One of the key points is that it’s fine to make these grand pledges, but unless they also reflect action on the ground and short-term progress, they’re not very credible.”

She added that the report’s coverage of the COVID-19 recovery deals with reporting and certification of various fiscal measures and their contributions to either reducing or increasing emissions.

For audiences outside the halls of a UN climate conference or an international agency, “the report illustrates that it’s not about just doing our little bit anymore,” Olhoff added. “If we talk about the role of society at large, citizens can actually influence government decisions as well. They can put pressure on governments to act more, faster, and deeper, and that is a very important role.”

While there are smaller steps that individuals and households can take to reduce carbon footprints, “that won’t get us to below 2.0°C or to 1.5° without structural changes that have to come from above,” she stressed. “But the key here is that we all, as members of the global society, have a responsibility to hold our governments accountable.”