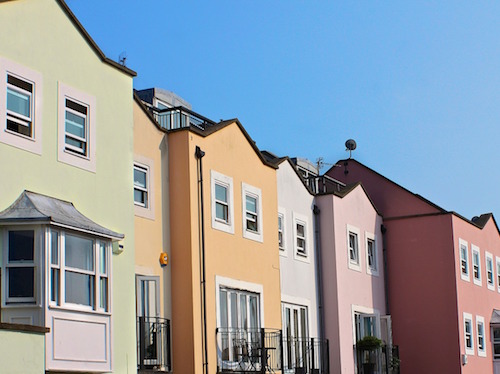 California’s oil and gas regulator on Thursday proposed that the state ban new oil and gas drilling within 3,200 feet of schools, homes, and hospitals to protect public health in what would be the nation’s largest buffer zone between oil wells and communities.

It’s the latest effort by Democratic Governor Gavin Newsom’s administration to wind down oil production in California, The Associated Press reports, aligning him with environmental advocates pushing to curb the effects of climate change and against the powerful oil industry in the nation’s seventh-largest oil producing state.

Studies show living near a drilling site can elevate risks of birth defects, cancer, respiratory problems, and other health issues. More than two million Californians live within 3,200 feet (975 metres) of oil drilling sites, primarily low-income residents and people of colour in Los Angeles County and the Central Valley. The proposal would not ban wells already operating in those zones but would add new pollution controls.

“This is about public health, public safety, clean air, clean water—this is about our kids and our grandkids and our future,” Newsom said in Wilmington, a Los Angeles neighbourhood with the city’s highest concentration of wells. “A greener, cleaner, brighter, more resilient future is in our grasp and this is a commitment to advance that cause.”

The rules are a draft that signals what the administration is seeking, but they could change and won’t take effect until at least 2023.

This would be the first time California has set statewide rules on how close drilling can be to homes, schools, and other sites. Other oil and gas producing states such as Colorado, Pennsylvania, and even Texas have rules about how close oil wells can be to certain properties, AP says, in a post republished by The Canadian Press. Colorado’s 2,000-foot setback on new drilling, adopted last year, is the nation’s strictest rule right now.

“Oil and gas companies have been treating our communities as sacrifice zones for over a century,” Juan Flores, community organizer with the Center on Race, Poverty & the Environment, said in a statement. “Front-line community members have spoken in a clear voice, demanding an end to neighborhood drilling.”

The Western States Petroleum Association, an oil and gas lobby group, blasted the proposed rules as an “activist assault on California’s way of life, economy, and people” in a statement from President Catherine Reheis-Boyd.

Reheis-Boyd said the industry doesn’t oppose local setbacks but does not approve of a statewide rule. She said the rules would lead to less reliable (fossil) energy and higher prices in an industry that employs about 150,000 people.

Robbie Hunter of the influential State Building and Construction Trades Council said the rule would increase California’s dependence on foreign oil, adding that California was “fast becoming a beached whale with no ability to meet its own needs.”

Newsom, who just survived a recall election, cast the proposal as the latest step in his efforts to ensure oil is not part of California’s future. He has directed state air regulators to make a plan to end oil and gas production by 2045 (although campaigners want him to move faster), and curb demand by banning the sale of new gas-powered cars by 2035.

He was joined in Wilmington by state lawmakers who have long pushed for setbacks and doctors who spoke about the dangers of oil pollution for people who live nearby, particularly expectant mothers and children.

“I am tired of my district being called `asthma alley,”’ said state Sen. Lena Gonzalez, a Democrat who represents southeast Los Angeles County.

The rules were proposed by the California Geologic Energy Management Division, known as CalGEM, which regulates the state’s oil industry and issues drilling permits. Newsom directed it to focus on health and safety when he took office in 2019, specifically telling the division to consider setbacks around oil drilling to protect community health. The state received more than 40,000 public comments on the draft rules and convened a 15-member panel of public health experts to research the effects of neighbourhood oil drilling on health and safety.

CalGEM has long faced criticism that it’s too cozy with the industry it regulates. Wade Crowfoot, secretary of the state natural resources agency, acknowledged the regulator needs to better enforce oil companies’ compliance with state law.

Wells within 3,200 feet of community sites account for about a third of the state’s oil extraction, Crowfoot said. There are about 32,400 wells in that zone, added Erin Mellon, a Newsom spokeswoman. Community sites include homes and apartments, preschools and K-12 schools, day cares, businesses, and health care facilities such as hospitals and nursing homes.

Under the new plan, existing wells would not be shut down but would be required to meet many new pollution control measures, including comprehensive leak detection and response plans, vapour recovery, water sampling, and a reduction of nighttime lighting and dust. Those provisions are designed to limit health effects such as asthma and pregnancy complications, and cut nuisances like noise pollution.

Administration officials said they hope the new rules will be burdensome enough to prompt some drillers to close the wells. Operators would be financially responsible for meeting the requirements and have one to two years to do so.

Jared Blumenfeld, California’s environmental protection secretary, said the rules signal to existing drillers that “they’re going to have to invest a significant amount of time, money and attention in order to get into compliance.”