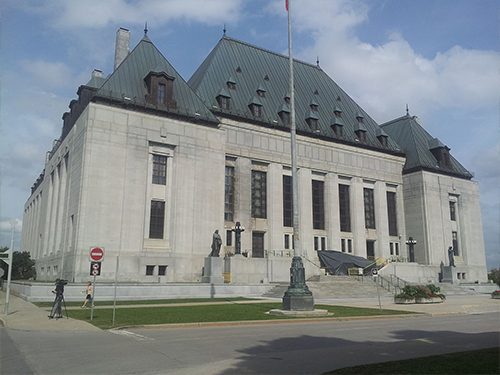 The Manitoba government has lost a two-year-long court battle against the federal government’s carbon pricing plan.

A Federal Court judge rejected Manitoba’s argument that Ottawa should not have imposed an escalating minimum price on carbon, since the province was planning its own emissions plan that could have been just as effective, The Canadian Press reports.

“The (Ottawa) decisions were consistent with the statutory purpose of reducing (greenhouse gas) emissions by putting a price on them,” Justice Richard Mosely wrote in a judgment released Tuesday.

“The inclusion of Manitoba on the list (of provinces subject to federally imposed pricing) was consistent with the statutory purpose and the guideline of ensuring that emissions pricing is applied broadly in Canada.”

Former Manitoba premier Brian Pallister planned to introduce a flat C$25 per tonne price on carbon. That was lower than the federal figure, but Pallister said Manitoba deserved credit for billions of dollars spent on clean hydroelectric projects, which utility customers continue to pay for.

Ottawa brought in a “backstop” carbon price on provinces that did not develop a carbon pricing or cap-and-trade plan that met or exceeded the federal one. Saskatchewan, Alberta, and Ontario argued the federal government was interfering in provincial jurisdiction. The Supreme Court of Canada ruled last March that Ottawa was within its constitutional authority.

The Manitoba government continued with its more limited court argument that the federal government had no right to impose a carbon pricing plan in a province where one already existed to reduce emissions equally.

Pallister said Manitoba’s emissions plan, which included wetlands improvements and subsidies for fuel efficiency in the trucking industry, could meet or exceed federal targets without imposing a high carbon tax.

The judge said not only was Manitoba’s plan not enacted at the time of the court challenge, the province’s math was wrong.

“Manitoba relies on a misreading of its own evidence,” Mosley wrote. “According to Manitoba’s own evidence, Manitoba’s plan is 76,000 tonnes of CO2 (equivalent) less effective in 2022 than a price in accordance with the (federal criteria).”

Pallister stepped down as premier last month. The Progressive Conservative government said Tuesday it would review the ruling.

“The province will consider its options, now that Canada has again opened the door for jurisdictions to propose carbon pricing systems of their own beginning in 2023,” Conservation and Climate Minister Sarah Guillemard said in a prepared statement.

“Manitobans want a government that fights the climate crisis, not pointless legal battles.”

This report by The Canadian Press was first published October 26, 2021.