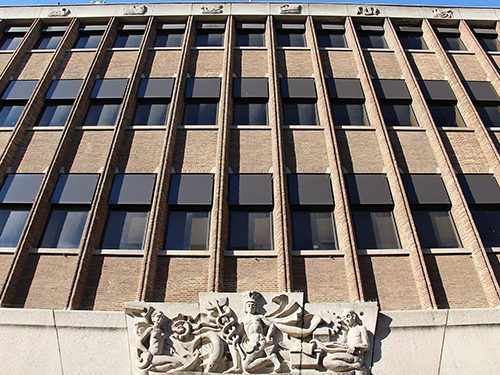 The civil service pension fund in The Netherlands has issued a blistering statement announcing it will stop investing in fossil fuel companies, then turn its critical gaze to big, bulk fossil consumers like utilities, car companies and airlines, just as a new report shows 1,485 financial institutions with combined assets above US$39.2 trillion pulling their assets out of oil, gas, and coal.

Dutch pension fund ABP, one of the world’s biggest with about three million participants, “said it had taken the decision following recently published reports by the International Energy Agency (IEA) and the UN Climate Panel (IPCC),” Dutch News reports. The IEA’s World Energy Outlook earlier this month projected the deep, rapid reductions in fossil fuel production required to hold average global warming to 1.5°C, while the IPCC’s science assessment in August traced the dire consequences of missing that target.

“We want to contribute to minimizing global warming to 1.5°C,” ABP Chair Corien Wortmann said in a release. “Large groups of pension participants and employers indicate how important this is to them. The ABP Board sees the need and urgency for a change of course. We part with our investments in fossil fuel producers because we see insufficient opportunity for us as a shareholder to push for the necessary, significant acceleration of the energy transition at these companies.”

Next, the fund “will focus on bulk users of fossil energy such as electricity companies, the car industry, and aviation,” he added. “Using our influence as a shareholder, ABP will encourage companies that use fossil fuels to become more sustainable. We will further tighten the criteria for these investments in 2022. We will also continue to advocate for governments to move towards further CO2 pricing in the industry. And we will continue to push for an end to subsidizing fossil fuels.”

The news landed Tuesday, the same day #DivestInvest2021 published an inventory of 1,485 institutions in 71 countries that have dropped their fossil fuel investments. The latest additions to the list include the cities of Auckland, Copenhagen, Paris, Rio de Janeiro, and Seattle, as well as Glasgow, the site of this year’s UN climate conference, COP 26. More than 70 faith institutions, including the Catholic Bishops’ Conference of Scotland, have also signed on.

The report “makes the case that divestment has been successful at holding fossil fuel companies accountable for the true cost of their unregulated carbon pollution and chipping away at their political power,” the group said in a release. “It reviews recent market data to prove that a divest-invest strategy is the most financially responsible path for institutional investors.”

“Leaders of C40 cities know that divesting away from fossil fuels and making green, sustainable investments is no longer a choice if the world is to avoid climate breakdown,” agreed C40 Cities Executive Director Mark Watts.

“These six new cities committing to divest from the industries responsible for the climate emergency, and invest in climate solutions to support decent jobs and a green and just economy, are sending an important market signal ahead of COP 26,” he added. “World leaders, city and local governments, businesses, and organizations everywhere need to follow suit and put their money where their mouth is. We must divest from fossil fuels, and invest in the future we want for humanity and the planet.”