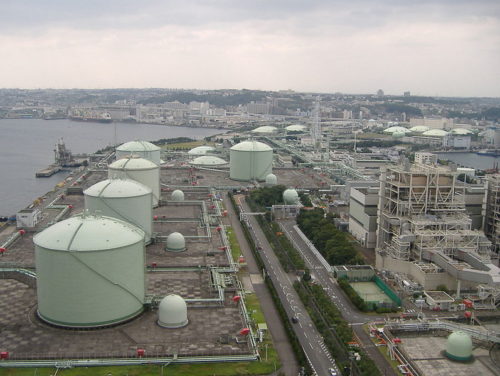 Released just ahead of this year’s United Nations climate conference, COP 26, which begins this Sunday in Glasgow, the updated CleanBC Roadmap to 2030 pledges to reduce the province’s carbon emissions by 40% from 2007 levels within the next nine years, reports CBC News.

“The science is clear,” Environment and Climate Change Strategy Minister George Heyman told media. “We need to rapidly move to clean energy in everything we do.”

The roadmap includes a plan to increase carbon pricing “to meet or exceed the federal benchmark,” CBC says. It calls for a zero-carbon standard for all new homes by 2030 and a mandate that all new passenger vehicles sold from 2035 on be zero-emission.

The roadmap also addresses the fossil fuel mammoth in the room, promising to regulate industrial methane emissions out of existence by 2035 and to comprehensively review the province’s oil and gas royalty system by February 2022, a process that is already under way.

With its methane promise, the Horgan government will have its work cut out for it, after a July, 2021 study by Carleton University’s Energy and Emissions Lab found that “methane emissions from British Columbia oil and gas fields are 1.6 to 2.2 times higher than federal government estimates”—estimates which themselves depend on industry self-reporting.

A parade of critics noted the roadmap fails to cut off the lavish subsidies the Horgan government has extended to potential LNG projects, a failure they say could “neutralize” all other good efforts to hit the 2030 target. Those subsidies have more than doubled since Horgan’s NDP government took office in 2017, Stand.earth and Dogwood reported in June.

Recalling Horgan’s 2018 decision (backed by the provincial Liberals) to exempt LNG Canada from provincial sales tax on its construction costs, she added that “between now and 2030, B.C. will see a marked increase in fracking as a result of the NDP’s $6 billion giveaway to LNG Canada.”

“The time is now to decrease oil and gas production in B.C. and get back on track to meet our environmental goals,” said Grand Chief Stewart Phillip of the Union of B.C. Indian Chiefs.

“The province has wind in its climate sails,” The Pembina Institute said in a release. “However, a lack of willingness to take a firm stance on the future role of gas will threaten to throw B.C. off course,” at a time when “we cannot allow new oil and gas fields post-2021.”

Sierra Club BC warned that all the climate good in the roadmap risks being “neutralized” by LNG emissions and fossil subsidies. Climate Justice Campaigner Anjali Appadurai also called out the province’s failure to address “the staggering emissions caused by clearcut logging.”

The roadmap “calls for an end to slash burning, but not until 2030,” Appadurai said in a release. “Allowing this practice to continue another nine years is a clear indicator that this government is not grasping how little time is left to avoid climate breakdown.”