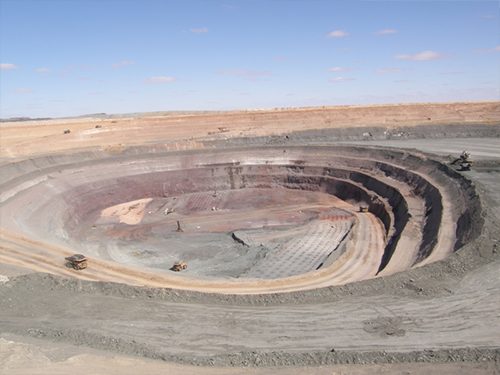 An Australian mining magnate is taking a bold step to reinvent an iron extracting company by decarbonizing its operations and transforming it into a renewable energy powerhouse.

Fortescue Metals Group Chair Andrew Forrest’s vision “is built on the audacious idea that a maverick from a resource-rich corner of the Earth can do what has not been done—reform manufacturing, stymie Big Oil, and help save us all from climate catastrophe. And he wants to do it with a hulking old industry that is usually vilified at climate conferences,” reports The New York Times.

Fortescue burned through 700 million litres of diesel and released 2.2 million tons of greenhouse gases last year to bring in its US$10.3 billion in profits. But Forrest says he’s on a mission to zero out the company’s emissions by 2030.

Forrest became motivated to implement change while pursuing a PhD in Marine Ecology (he completed the degree in 2019), where he witnessed the damaging effects of climate change on the world’s oceans. Now, the Times writes, he’s risking everything to pursue his vision for Fortescue, and those close to him say he may have the corporate track record to pull it off.

But Australian politics are lagging behind Forrest’s climate ambitions. Prime Minister Scott Morrison, has continued to resist emission reduction targets despite pressure from the U.S. and Fortescue miners.

Still, Forrest maintains that “Australia is not a total disaster,” citing recent action from some investors. He also notes the challenges posed by global politics and emphasizes the need to rally support at this year’s United Nations climate conference, COP 26, to keep the natural gas industry from gaining the upper hand.

Fortescue’s success could help build momentum for faster decarbonization if the company can profitably reinvent itself.

“Cleaning up a major mining company like Fortescue would be hugely important for a few reasons. It would not only slash emissions. It would also show that it’s possible for even the biggest emitters to make money while improving the health of the planet,” says the Times, citing U.S. climate scientist Michael E. Mann.

According to the Times, in an announcement at one of Fortescue’s mines, Forrest told workers that when they reached retirement, they’d tell their grandchildren they had helped change the world. He added that climate innovation would save their jobs and promised to deliver hydrogen-fueled haul trucks followed by drills, trains, and processing plants all running on renewable energy.

So far, Forrest’s speeches and enthusiasm seem to be addressing employee concerns about their jobs and identities. The Times says many workers are receptive and excited at the opportunity to change and innovate.