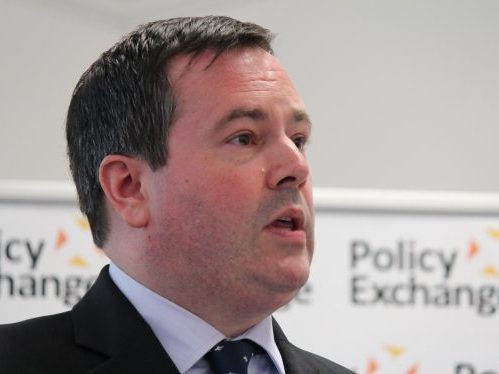 Canadian environmental groups did nothing wrong when they accepted foreign funding for campaigns opposing tar sands/oil sands development, a public inquiry has reported.

In his much-delayed report released Thursday, Steve Allan, commissioner of the Inquiry into Anti-Alberta Energy Campaigns, said the groups were exercising their rights to free speech, The Canadian Press reports.

Allan added that the campaigns have not spread misinformation.

While he found that at least $1.28 billion has flowed into Canadian environmental charities from the U.S. between 2003 and 2019, only a small portion of that was directed against the tar sands/oil sands. Auditors Deloitte Forensic Inc. estimated that money at between $37.5 million and $58.9 million over that period.

That averages to $3.5 million a year at most. The report found that what it called conservative/market-oriented charities that worked in support of the oilsands received at least $26.7 million from foreign sources.

On top of that, Alberta’s United Conservative government funds its so-called “war room,” an arm’s-length agency instituted to counter environmental groups, at up to $30 million a year, CP notes.

The climate policy and campaign groups targeted by the Allan inquiry scorched the process as a monumental waste of taxpayers’ money.

Pembina Institute Deputy Executive Director Simon Dyer welcomed the end of a “costly and unnecessary exercise” that found “no wrongdoing by the Pembina Institute, or indeed by any organization. The United Conservative Party and Premier Jason Kenney’s rationale for the Inquiry has been fully discredited.”

But along the way, he added, “Alberta’s Public Inquiries Act has been used to attempt to harm the Pembina Institute for advancing action on climate change and improving the environmental performance of Alberta’s oil and gas industry.”

“This ill-conceived inquiry has not only been a colossal waste of time—these petro-state tactics threaten democracy and hold Alberta back from the important work that’s needed to transition to a cleaner economy,” said WCEL staff lawyer Eugene Kung. “Working towards legal solutions to protect the environment, upholding Indigenous rights, and ensuring communities have a voice in environmental decisions is not ‘anti-Alberta’. It’s about ensuring healthy communities and a livable future.”

CP says Allan recommended a series of reforms to improve transparency in the charitable sector. He said charities should be subject to the same standards of disclosure as private corporations.

He also called for an industry-led campaign to rebrand Canadian energy.

“Industry associations, governments, and the industry itself have failed to counter (environmental groups’) efforts, such that the public has not had ready access to complete, reliable and balanced information,” Allan wrote.

The main body of this report was first published by The Canadian Press October 21, 2021