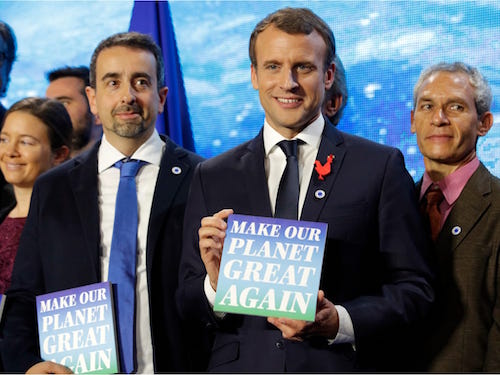 A French court is telling the government of President Emmanuel Macron to walk the talk on climate action after the country overshot its emissions targets by 15 million tonnes between 2015 and 2018.

“The ruling is the latest development in a case brought by French environmental organizations in 2019 in an attempt to use the judicial system to force their country to take more concrete action against climate change,” reports Grist.

The Paris administrative tribunal decision orders the French government to take “all necessary measures to repair ecological damage” and stop new emissions by the end of December 2022. The court has not imposed any fines or penalties to enforce the ruling, reports Reuters. However, a lawyer in the case said the court can follow up to impose penalties if the government does not take appropriate action.

The government does appear to be “feeling the heat,” writes Grist. Macron recently announced a US$34.6-billion budget for the next five years for nuclear reactors and green energy projects.

This is not the only case of its kind—France’s highest administrative court fined the country €10 million in August for failing to improve air quality. Courts in Germany and the Netherlands have also passed rulings calling for stronger climate action, says Reuters.