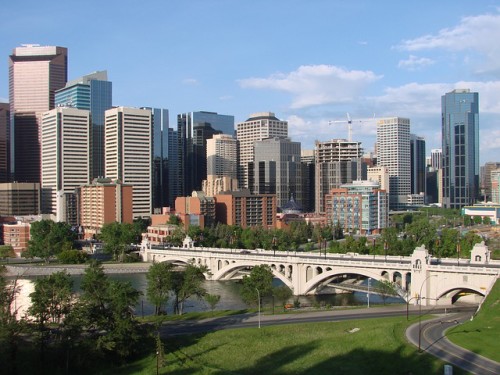 A climate emergency declaration will be the first order of business for Calgary Mayor-Elect Jyoti Gondek after she’s sworn in next week, Gondek said Tuesday, just hours after her decisive win over United Conservative Party-affiliated challenger Jeromy Farkas.

“We have had the opportunity to declare a climate emergency for years,” Gondek told online radio host Ryan Jespersen. “We have had various documents presented to us as a council and I think we’ve had more than enough time to review them. So let’s get serious, let’s declare this, and let’s go after some of the capital that we will see flow in once we make a bold move with that.”

Jespersen asked the mayor-elect and former city councillor whether she would have to “find a balance as the mayor of a city that’s seen itself flourish” on fossil industry revenue. “It is a bold move, and I don’t have to tell you about how even a phrase like ‘climate emergency’ can ripple through a downtown core,” he said. “Do you have to be careful about the words you use, or are we past that? Do people misunderstand where Calgary business leaders are at right now?”

“We’ve forgotten what we’re good at,” Gondek responded. “We’re very good at energy production, and we are also leaders in innovative ways to practice energy production. We became fixated on our end product being oil and gas. So let’s move past the outputs, start talking about the process again, and put ourselves on the map as a city that is the absolute leader at transitioning the economy.”

That means showing the world “that by using innovation and technology we can come up with sustainable, greener, cleaner solutions across all our business sectors,” she added. “That’s the kind of message we need to send. We don’t need to be hung up on what it is we‘re producing. Let’s talk about the ways that we get there.”

The National Post picked up the swift, predictable reaction from fossil industry supporters.

“She just declared war on an entire industry,” added self-styled “independent fact checker” @Martyupnorth_. “Good luck madam mayor. Global demand has surpassed 100,000,000 barrels of oil per day, and is now being sold for $84/barrel. I predict more companies will be moving their headquarters to the USA.”

“Or…more companies move to Alberta,” replied @NatalCicuto. “Diversification is good. Check out E3Metals out of Leduc, headquartered in Calgary. Change is on the horizon. How about 500,000/d barrels oil at $150 each, as transportation shifts to EVs? Both regimes can be huge Alberta cash cows.”

Gondek’s stance has shifted somewhat since 2018, when she was quoted in a video since unearthed by The Post. “Because I am Canadian and a public servant at the city of Calgary, I support Canada’s oil and gas sector,” she said at the time. “Canada’s oil and gas firms have repeatedly demonstrated leadership on a global stage, whether through innovations in technology, minimized impact to the environment, or unmatched standards in health and safety practices.”