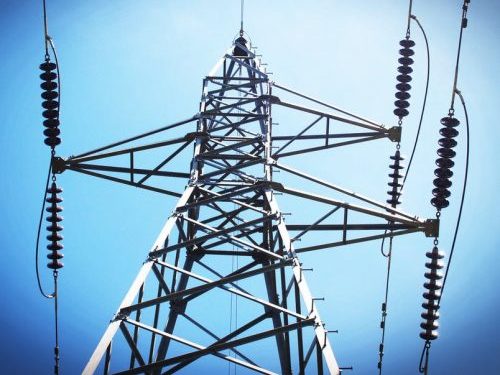 A decade after it was first proposed by North Caribou Lake First Nation community leader Margaret Kenequanash, an 1,800-kilometre transmission line that will connect 17 First Nations to the Ontario power grid is scheduled for completion in 2023.

“As of this month, about 60% of the right-of-way for the project has been cleared and about 13% of the towers have been strung with transmission wires,” reports The Globe and Mail.

“About 600 people are working in 12 camps along the route,” the newspaper adds.

The line is majority-owned (51%) by Wataynikaneyap Power, a transmission company composed of 24 First Nations and currently headed by Kenequanash herself. Wataynikaneyap is Anishinaabemowin for “the line that brings light”.

The Globe says the ownership arrangement will enable Wataynikaneyap Power to increase its stake in the line to 100% “over the next couple of decades.”

The “line that brings light” will also bring an end to diesel generator use in the communities it is linked to, a significant boon to both emission reductions and local air quality. The electricity delivered by the power line will replace some 25 million litres of diesel annually, a substitution that will prevent “more than 6.6 million tonnes of greenhouse gas emissions over 40 years.” The project will also bring jobs and training opportunities to the region, as well as a steady revenue stream.

The remaining 49% of the company is jointly held by Fortis Inc., a St. John’s, Newfoundland-based utilities company, and a number of private investors. While giving up a controlling share of a project is out of step with Fortis’ usual practice, CEO David Hutchens told the Globe, the “sound business case and sterling ESG (environmental, social and governance) attributes” made the arrangement worthwhile.

The project has kept a focus on Indigenous priorities throughout construction, the Globe adds, including “a requirement that the project not interfere with seasonal activities such as hunting and trapping, and that no herbicides be used along the line.”

Fortis Executive Vice-President Gary Smith told the Globe that Kenequanash remained resolute about protecting her people throughout extensive negotiations. “On more than one occasion, Margaret would always go back to the principles—that if we don’t have a viable project for the First Nations coming out of this, that can improve the lives of people on the land, then there is no project,” he said.

Speaking with the Globe in the days after the first National Day for Truth and Reconciliation, Kenequanash said while the day “was an important time to acknowledge trauma, grief, and loss,” it also opens an opportunity for “talking about how to change the future.”

“What are we going to do to make a change? What action needs to be made—as an individual, as a company, as an entity or corporation, to change history?” she said. “So in thinking about this project, that’s exactly what we’re trying to do, is to make that change. To create those opportunities and change in the community, in terms of bringing reliable infrastructure so that we can develop that vision… In doing so, we will protect all our children in the future.”