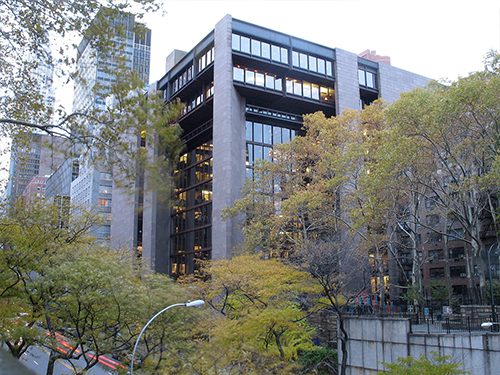 The US$16-billion Ford Foundation is dropping its investments in fossil fuels and shifting its focus to green assets.

The New York-based “philanthropic behemoth, which owes its fortune to the Ford Motor Co., is looking for opportunities in ‘alternative and renewable energy funds that support the needed transition to a green economy’,” Bloomberg reports, citing a statement issued Monday.

“We face profound challenges on an existential scale,” said Ford Foundation President Darren Walker. “Fires and floods are worsening—and on top of it all, the distortion of our market system, and the inequality it’s produced, have overloaded the burden of these disasters onto the backs of the poor, the marginalized, and the vulnerable.”

Even so, “as with any significant decision in a dynamic organization, this choice did not come without trade-offs,” Walker added.

Originally set up by the son of Ford Motor founder Henry Ford, the foundation hasn’t made a direct investment in a fossil company since 2013, and only has 0.3% of its funds (so about $48 million) in the fossil industries, Bloomberg writes. It also has some fossil holdings built into larger private equity funds, but that activity will end as the “partnerships are liquidated,” the statement said.

More broadly, the foundation “focuses on fighting inequality,” Bloomberg notes, and “has increasingly turned its attention to climate change. It has sent $311 million to organizations working for environmental justice in the past five years, according to the statement.”

The Associated Press notes that Harvard University and the MacArthur Foundation both made fossil divestment announcements last month.