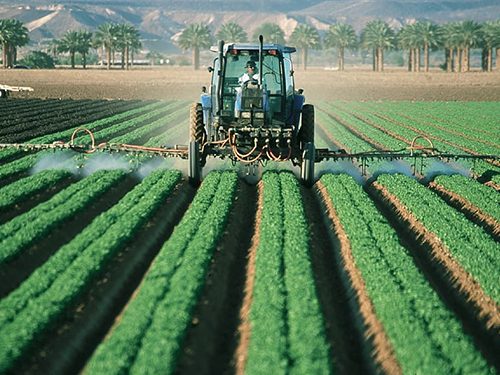 A thinly-researched report that takes aim at federal controls on nitrous oxide, a climate super-pollutant 300 times more potent than carbon dioxide, is being written off as a “deliberately misleading” attempt by the Canadian fertilizer lobby to scare and anger farmers, The Energy Mix has learned, in a joint reporting effort with Quebec Farmers’ Advocate.

The 17-page economic analysis, released September 27 by Fertilizer Canada, concludes that reduced fertilizer use could cost Canadian farmers C$48 billion over the next eight years. It’s the latest round in the trade association’s pushback on the Trudeau government’s 2020 climate plan, A Healthy Environment and a Healthy Economy, which includes a call for a 30% reduction in greenhouse gas emissions from fertilizer use by 2030.

“Direct emissions associated with synthetic nitrogen fertilizer application have increased by approximately 60% since 2005 and these emissions are projected to keep increasing,” the federal climate plan states [pdf, p. 45]. “Improving how fertilizers are used through better products and practices will save farmers money and time, and help protect Canada’s land and water.”

Fertilizer Canada says [pdf] farmers are using less fertilizer per crop due to a 34% productivity increase in the last 16 years, but acknowledges that “overall fertilizer consumption in Canada has increased over the past two decades”. In its synopsis of the new report, the association warns that if Ottawa sets sights on a 30% emissions cut based on 20% less fertilizer use, “the potential economic impact of reduced fertilizer use would be devastating to Canadian farmers.”

But one of the key groups behind the successful lobby for the government’s $200-million On-Farm Climate Action Fund says the report fails to reflect farmers’ actual experience with fertilizer use, or the potential to use it more efficiently.

“To be completely honest, I think this is a deliberately misleading report,” Farmers for Climate Solutions Interim Director Brent Preston said of the assessment by the Winnipeg office of MNP, a Calgary-based accountancy and business advisory firm with more than 100 offices across the country.

“They’re assuming that if you cut nitrogen fertilizer use, you’re going to have a direct, linear, corresponding drop in output in yield, and none of the research indicates that would be the case,” Preston said. “The research in Canada is very clear that on average, farmers tend to over-apply nitrogen, and you can significantly reduce nitrogen use with either zero or very small impact on yield.”

Given the gap between that potential and the arc of the MNP report, “I don’t know what Fertilizer Canada is trying to do,” he added. “It appears to me that they’re trying to get farmers angry and to scare farmers, and to me that’s not a basis for good public policy.”

A rapid, 30% reduction in fertilizer emissions will be challenging, he said, “but suggesting that we’re just going to cut use and accept a massive drop in yield is insulting to farmers.”

The opening pages of the consulting report set the stage for what follows. The executive summary says Fertilizer Canada hired MNP “to analyze the direct macro financial impact of lost production” due to reduced fertilizer use through 2030, while the introduction refers to a “worst-case scenario” of a 20% cut beginning in 2023.

As opposed to assessing whether fertilizer reductions would risk farmers’ livelihoods or exports, “the primary objective of this analysis was to highlight that a rate-based approach to achieving emission reductions from mineral fertilizer would be detrimental to the Canadian agricultural industry and global food supply,” the report states.

Fertilizer Canada Executive Vice President Clyde Graham said the association set out to assess what would happen to Canadian agricultural production if fertilizer applications were reduced 20%. “We certainly didn’t have the time or resources to do an exhaustive analysis of all the various options and behaviours that would occur,” he acknowledged, but “we think the report in its outcome is a fair representation of the impact of a 20% reduction in fertilizer use.”

Without the 20% reduction, MNP’s methodology assumed agricultural yields would continue to grow at the pace they’ve set over the last 20 years, despite the epic droughts farm producers have seen over the last few years in Quebec, and this past summer on the Prairies. That’s after this year’s devastating conditions across much of North America drew comparisons to the 1930s Dust Bowl.

“There’s been a lot of discussion about Canada becoming an agriculture superpower,” so “it’s a reasonable assumption that Canadian agriculture will continue to grow, and the foundation of that would have to be higher yields,” Graham said. “Certainly everyone is concerned about the impacts of climate change, but one drought is not indicative of a trend.”

Analysis released earlier this month by the UN World Meteorological Organization shows flooding increasing by 134% and drought by 29% since 2000, due to an “acceleration in the water cycle” that scientists have long warned would accompany global warming. While the assessment focused primarily on impacts in more vulnerable developing countries, the larger trend is that “the water is draining out of the tub in some places, while it’s overflowing in others,” said WMO Climate Program Director Maxx Dilley.

The acceleration in climate impacts is driving insistent calls to curtail emissions of all greenhouse gases—including nitrous oxide, which has been increasing at a pace consistent with 3.0°C average global warming by 2100. “Even though the magnitude of the emissions…is less, the potency of the gas is much stronger,” University of East Anglia scientist Parvadha Suntharalingam explained last year. “A little of it goes a long way.”

But Fertilizer Canada’s Graham said the association is satisfied to support intensity-based emissions—where farmers’ use of fertilizer becomes ever more efficient, but emissions increase if their output grows faster than their efficiency improves. “What we believe is that the approach is to reduce our nitrous oxide emissions per unit of grain or oilseed produced,” he told The Mix. “We think that is the best metric. That’s what we believe.”

“From the research we’ve done in Canada and what we see in other jurisdictions, an intensity-based target for emissions from nitrogen fertilizer is not sufficient. It’s not going to work. If we’re going to address the climate crisis, we need to reduce absolute emissions.”

And that begins with wider cooperation, Preston added.

“Farmers and researchers and people like Fertilizer Canada can work together to reduce emissions without reducing yields, and more important than that, without reducing farm incomes or damaging farmers’ livelihoods,” he said. “There is very, very strong evidence that those pathways exist, that there are options we can follow, but the scenario they lay out in the report is not one of them.”