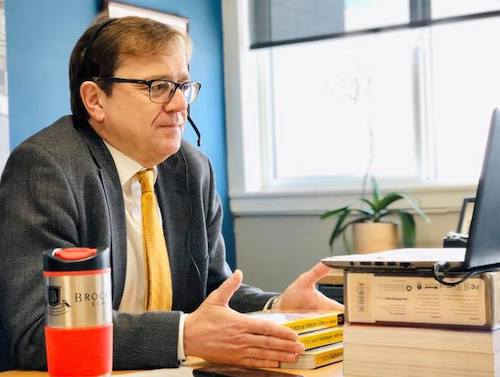 The federal government won’t wait for legislation to pass Parliament before making good on its campaign promises to cap greenhouse gas emissions from oil and gas production and ensure that at least half of all cars sold in 2030 are zero-emission, Environment Minister Jonathan Wilkinson said last week.

And it looks like the governing Liberals may have the support they need from the opposition benches to get the new rules through the House of Commons, iPolitics reports.

“We believe they can be done through existing regulatory tools,” Wilkinson said Thursday, referring to both the emission caps and ZEV mandate. “Our view is that it does not require new legislation.”

“If those priorities can be achieved through existing regulation, let’s do it,” replied Victoria, B.C. MP Laurel Collins, the New Democrats’ environment critic in the last Parliament.

“We’ve been clear that more needs to be done,” she added. “I’m glad to hear the minister talking about these things, but talking about them is not going to be enough. We need concrete action. We’re going to be pushing them in Parliament, using every lever at our disposal, to ensure we have real action on oil and gas caps and electric vehicles.”

Wilkinson said the “tools and the time frame” for getting the two new measures in place will be determined after Prime Minister Justin Trudeau announces his new cabinet next week.

“In some cases, there will also be a need for consultation, obviously, to ensure we’re hearing the voices of relevant stakeholders,” he told iPolitics.

Collins agreed that “it’s really essential that we’re consulting with, and following the lead of, communities that are directly impacted by the climate crisis and who are disproportionately impacted,” particularly Indigenous and racialized communities and Canadians on the front lines of climate disasters.

Globe and Mail climate columnist Adam Radwanski says the structure of the new cabinet, as well as the faces around the table, may determine whether an “inertia-prone government” can keep its promise to cut the country’s emissions 40 to 45% by 2030.

The challenge, Radwanski writes, is that “the cabinet and the bureaucracy supporting it, as they have existed to this point, are really not set up to implement the dauntingly ambitious climate platform the Liberals just ran on.” Environment and Climate Change Canada (ECCC) is the obvious lead agency for a climate plan, but they’re “actually a relatively small department with primarily regulatory functions and minimal capacity to develop programs.” Much of that action resides with Natural Resources Canada (NRCan), “which is highly sensitive to the needs of the oil and gas industry and has prioritized improving relations with oil-producing parts of the country under its most recent minister, Seamus O’Regan.”

Those colliding priorities “may explain why, for instance, there was no movement on the Liberals’ 2019 campaign promise to develop a strategy for oil and gas workers who may lose their jobs during a clean energy transition, until Mr. O’Regan launched consultations right before the 2021 campaign,” he adds.

Radwanski suggests three ways Trudeau could strengthen his cabinet’s climate clout: combine ECCC and NRCan into a super-ministry, with a senior minister in charge; reassign some climate-related files (and the funds that come with them) to the environment minister; or appoint ministers with strong climate credentials to other key departments, as he did when then-environment minister Catherine McKenna moved to the infrastructure portfolio.

“Whether Mr. Trudeau attempts any of these sorts of disruptions will depend on how much he is willing to ruffle feathers, both inside and outside the government,” Radwanski says. “There would be resistance from Liberals wary of climate policy as the be all and end all, from entrenched bureaucrats, and from sectors unaccustomed to the ministries with which they interact aggressively trying to change them.”

But “if he wants to go down as the prime minister who put Canada on the path to net-zero emissions,” the columnist adds, “it’s not going to happen with business as usual.”

I do not trust Wilkinson to do the necessary things to slow or halt corporate assaults on our environment.