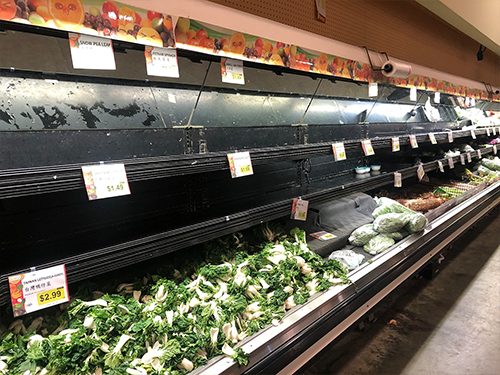 Climate change will worsen conflict by raising tensions over food, water, and resources, according to studies by a global think tank and the U.S. Department of Defense.

“Food insecurity, lack of water, and the impact of natural disasters, combined with high population growth, are stoking conflict and displacing people in vulnerable areas,” reports Reuters, citing the Institute for Economics and Peace (IEP).

Climate change and conflict feed off each other in a “vicious cycle” where tension over resources leads to disputes and violence, which degrade social safety nets and further limit resource access. These effects are most acute in countries that are especially vulnerable to climate change or are already experiencing conflict. As may be expected, many countries identified by the IEP as “hotspot” countries already exhibit both traits, says Reuters.

The IEP report lists 30 countries—home to a total of 1.26 billion people—in that category. Afghanistan ranks at the top of the list for risk for this type of ecological threat.

“[Afghanistan’s] ongoing conflict has damaged its ability to cope with risks to water and food supplies, climate change, and alternating floods and droughts,” writes Reuters.

The DoD was one of 20 U.S. federal agencies to release climate adaptation plans last week, exposing the biggest threats global warming poses to their operations. Troop safety is a major concern for the department, as training in increasingly severe weather conditions puts troops at risk of conditions such as heat exposure. However, the DoD also says training troops to operate in such conditions will put the U.S. at a distinct military advantage, CNBC notes.

“Climate change is an existential threat to our nation’s security, and the Department of Defense must act swiftly and boldly to take on this challenge and prepare for damage that cannot be avoided,” said Defense Secretary Lloyd Austin in a statement.

Wouldn’t it make more sense to put the military to work on building an ecological civilization instead of adapting to climate change so we can beat our “enemies “? When will countries truly unite to fight this existential crisis together?