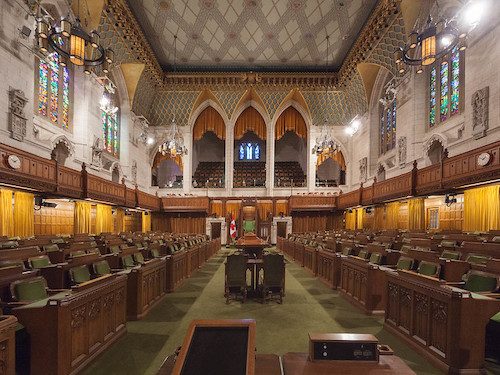 As Parliament gears up for a new legislative session, a new poll from Abacus Data shows Ottawa lagging behind what a majority of Canadians want when it comes to climate action and implementing a just transition for fossil fuel workers.

The poll, released last Thursday, shows two-thirds of Canadians want the federal government to take bolder, faster action to respond to climate change, including phasing out taxpayer subsidies to the fossil fuel industry, investing in renewable energy, and introducing the just transition legislation promised years ago.

Specifically, it found more than 60% of Canadians want to see a cap placed on oil and gas emissions, a plan to stop taxpayer subsidies to oil and gas companies, “swift” implementation of a just transition policy, and investment in renewables. Some 59% said they don’t want a dollar more given to the Trans Mountain pipeline expansion project (TMX).

The poll indicates the majority of Canadians understand the implications of climate change and the economics of a changing energy landscape and want to see the federal government align itself to this reality.

Moreover, the poll found about 60% of Canadians are “frustrated” with Prime Minister Justin Trudeau for not yet implementing a 2015 promise to stop taxpayer subsidies to the fossil fuel industry, and a 2019 promise to introduce just transition legislation. And 65% want climate action to be a priority in the government’s first 100 days.

Recently, Ottawa launched a just transition consultation to inform the legislation and has said it will phase out subsidies to the fossil fuel sector, but despite the promises, billions have been handed over to the industry, writes Local Journalism Initiative reporter John Woodside. A recent analysis found federal Crown corporation Export and Development Canada gives C$13.3 billion per year in public finance for fossil fuels annually on average, and that is one of many avenues for the sector to get public dollars. A report from Environmental Defence earlier this year calculated at least $18 billion given to the fossil fuel sector in 2020 alone.

“Canadians voted for more climate ambition and action—now it’s time for Prime Minister Trudeau to listen to them, and there is no time to waste,” Caroline Brouillette, domestic policy manager with Climate Action Network-Canada, said in a statement.

“Mandate letters, soon to be issued from the prime minister, and the Throne Speech must reflect climate as a key priority,” she added.

The Prime Minister’s Office did not return a request for comment.

When it comes to a just transition, most Albertans can see the writing on the wall. The poll showed 61% supporting just transition legislation, compared to 17% who were against it, and 22% who were unsure or neutral.

Nearly a majority of Conservative Party supporters wanted to see action, with 49% supporting just transition legislation, 47% agreeing with a cap on oil and gas emissions, and 44% wanting to see a phaseout of public subsidies to the fossil fuel sector.

“Canadians have sent roughly the same MPs back to Ottawa to get the job done on climate. All parties in the House can and should contribute to moving the climate legislative agenda forward,” Équiterre Director of Government Relations Marc-André Viau said in a statement.

“Hopefully, MPs got the message, and they will now put partisan politics aside and work together in the 44th Parliament.”

This post was republished by The Canadian Press on October 15, 2021.