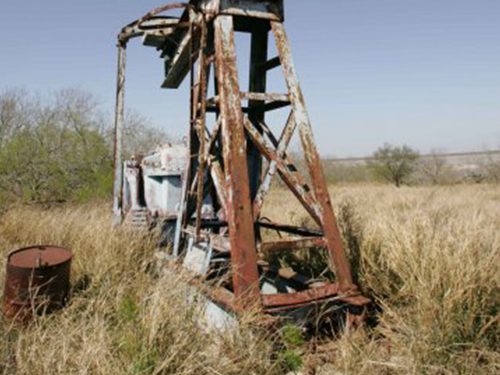 The current spike in oil prices is no reason to force industry to spend more on cleaning up Alberta’s tens of thousands of abandoned oil and gas wells, says the province’s energy minister.

Sonya Savage said the province’s recently adopted plan to fix the problem, which requires industry to spend C$422 million next year and slightly more after that, will do the trick.

“The framework is a fair and balanced approach to address the management of oil and gas liabilities throughout a project’s life cycle,” Savage told The Canadian Press in an email Friday. “It also takes into account the challenging conditions that the energy sector in Alberta has grappled with.”

Savage, a former executive with Calgary-based Enbridge, Inc. and the Canadian Energy Pipeline Association, made her comments even though higher oil prices have brought Canada top five tar sands/oil sands producers “huge amounts of free cash flow” for the first half of this year, according to industry newsletter JWN Energy. The $7.8 billion now available to them is a post-pandemic high and far exceeds what they’d planned to spend on capital projects this year.

“While it is not unusual for oilsands producers to generate billions in free cash flow, these 2021 values remain highly significant,” said Mark Young, senior analyst at Evaluate Energy.

Critics say the province’s current cleanup requirements are based on the industry’s past efforts, which are what led to the problem in the first place. The current price spike for oil, now over $80 a barrel, represents a profit windfall for an industry that should be spending it on cleaning up the province’s 97,000 inactive wells.

Given the global attempts to shift away from fossil fuels, this may be Alberta’s last chance, said Sara Hastings-Simon of the University of Calgary’s School of Public Policy.

“It’s the last, best chance to fix the issue,” she said. “It doesn’t seem fair to have the Alberta public face the cleanup costs when it’s the global shareholders of these companies that are going to see the benefits of those higher prices.”

In July 2020, the United Conservative government announced the industry would be required to spend at least $422 million next year to clean abandoned wells. That amount increases to $443 million in 2023 and by similar amounts in each of the next three years—although targets beyond 2024 are forecasts.

Those amounts are based on the industry’s past spending and are expected to deal with slightly more than 4% of the total liability each year. They are in addition to the $1 billion the federal government has made available to industry contractors working on well cleanup.

That’s enough to speed up the process, said Elisabeth Besson of the Canadian Association of Petroleum Producers. “These policies, together with the (federal) program, will significantly enhance the rate of closure of inactive oil and natural gas sites,” she said in an email. “We continue to work with the Alberta government to advance policies and regulations which ensure substantial progress in the timely closure of inactive sites.”

But the Alberta program isn’t enough to cover a liability estimated in the tens of billions of dollars, said Hastings-Simon. As well, she pointed out that fixing 4% of the problem every year stretches the solution out over 25 years—by which time, she said, oil demand and company profits are likely to be substantially smaller.

“As we saw over the last year, a modest decline in demand reduces prices dramatically,” Hastings-Simon said. “If we’re relying on future income 20 years from now, that seems wholly inadequate.”

In a private presentation in September, 2018, an official with the Alberta Energy Regulator put the total cost of cleaning up the estimated 343,000 abandoned wells across the province at $260 billion. He said it could take more than 2,800 years to get the job done.

New Democrat Opposition environment critic Marlin Schmidt said forcing industry to spend money on cleanup would create jobs at a time when Alberta has the highest unemployment rate of any large province. “We need the jobs right now,” he said.

“Increased profits for oil and gas companies are not translating into jobs for Albertans. If we focused on getting money that we are owed for cleanup, we could put Albertans to work right away.”

“Targets may change due to a variety of factors, such as market conditions and results from closure spending in the previous year.”

The main body of this report was first published by The Canadian Press on October 8, 2021.