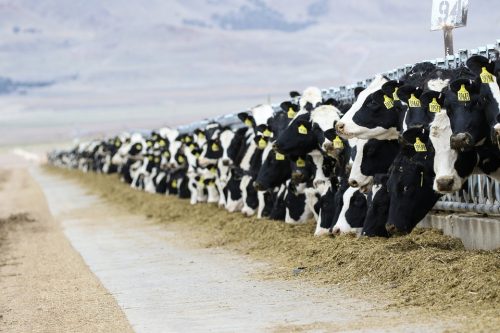 With the U.S. and the European Union launching their joint Global Methane Pledge, and a total of 32 countries including Canada signing on, critics say the emissions reduction initiative still falls short in regulating the methane-heavy agriculture sector.

The international deal would begin reining in a greenhouse gas that is 84 times more potent than carbon dioxide over a 20-year span, and could be one of the signature achievements of this year’s United Nations climate conference, COP 26, in Glasgow. The pledge commits nations to a 30% methane reduction by 2030 and involves nine of the top 20 methane polluters, including Canada, the New York Times reports. Brazil, China, India, and Russia have not signed on.

But “despite it being lauded as a major success, some environmental justice groups are pointing out that the pledge is vague on one key issue: How it will enforce cutting emissions from the largest source of methane globally—agriculture,” writes Grist Environmental Justice Fellow María Paula Rubiano A.

Agriculture is responsible for 25% of annual methane emissions globally, and 36% in the U.S. The pledge commits the U.S. Department of Agriculture “to significantly expand the voluntary adoption of climate-smart agriculture practices that will reduce methane emissions from key agriculture sources by incentivizing the deployment of improved manure management systems, anaerobic digesters, new livestock feeds, composting, and other practices.”

But the stated action on agriculture is weak and vague compared to the regulations being imposed on other sectors, like oil and gas or landfills, writes Rubiano. In addition to opening the door for agriculture’s biggest emitters to escape any real climate action, environmental justice advocates are concerned that ineffective regulation will perpetuate the negative impacts that industrial farms have on surrounding communities.

The standard practice in industrial facilities is to store waste in open-air lagoons before liquefying it to spray on fields. Rubiano explains that this process pollutes the air and puts nearby communities at risk of various health effects, including anemia, kidney disease, and infant mortality.

And these industrial facilities are disproportionately located near historically marginalized communities. “As early as 2000, researchers documented that Black communities, especially rural ones, were up to five times more likely to live near an industrial hog facility in North Carolina,” reports Rubiano.

“Our concern is that [the pledge] not only entrenches but expands a system that creates all sorts of environmental issues,” Phoebe Seaton, co-director and attorney at the Leadership Counsel for Justice and Accountability in California, told Rubiano. “Furthermore, it incentivizes the production of manure-created methane to convert it into gas when we’re supposedly transitioning off of it.”

That harvested “biogas” is at centre of the issue. Biogas facilities capture methane from waste and feed it into natural gas pipelines as a source of energy. However, notes Rubiano, food and environmental justice groups in the U.S. are challenging one such project in court because it “doesn’t address the whole system’s health impacts on vulnerable communities.” Biogas facilities are the source of several environmental justice concerns, including increased groundwater pollution and hazards from leaking or combusting natural gas pipes installed through neighbourhoods. Rather than addressing these issues, critics say, the Global Methane Pledge promotes a false solution that will effectively allow industrial farms to continue business as usual.

“Allowing industrial agriculture to continue with the status quo, and continue to reward that system with more public dollars, does not build back better,” said Brent Newell, an attorney with the Public Justice Food Project. “It does not follow science. And it does not place environmental justice at the centre of climate policy.”