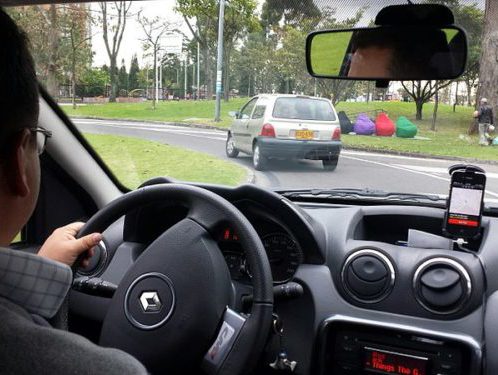 The spread of ride hailing services like Uber and Lyft doesn’t reduce external costs like emissions, congestion, crashes, and noise. It makes them worse.

Deadheading is the extra travel that takes place between ride hailing fares. For a full analysis, the costs of deadheading must be added to the costs associated with passenger trips.

The Carnegie Mellon study found that a ride hailing trip increases costs from greenhouse gas emissions by 20%, from congestion, crashes, and noise by 60%, for a total of about 45¢ a trip. A cold start private vehicle emits more particulate pollution than a ride hailing vehicle that is already warmed up, reducing the benefit in the Carnegie Mellon calculation by 9-13¢ per trip. That left ride hailing incurring 32 to 37¢ more in environmental costs for each of the estimated 4.98 billion U.S. trips on Uber alone last year.

The study also compared a private gas-fuelled vehicle with a fully electric ride hailing vehicle charged from 100% zero-carbon sources. Even in this scenario, the two have about the same external costs per trip. Uber and Lyft have pledged to electrify their entire fleets by 2030.

The comparison with green transportation options–walking, cycle, and public transit–is particularly telling. Those options have zero added external costs per trip, resulting in a difference of $1.20 per trip.

In theory, by creating an alternative to private vehicle use, Uber and Lyft could facilitate more walking, cycling, and transit use. However, the study didn’t find evidence of that effect, and in some instances, transit ridership may be adversely affected. “A host of pre-pandemic research linked the rise of these services to sharp upticks in traffic and waning riding on buses and trains,” Bloomberg City Lab says.

In a 2018 survey of Boston ride-hail users, 42% said that “absent ride-hailing, they would have taken public transit.” A University of California study found a 6% overall reduction in transit use in U.S. cities after the advent of ride-hailing.

“I hope the implications of this research [the Carnegie Mellon study] are obvious,” veteran climate journalist David Roberts writes on Volts. “Ban cars.”

The fundamental issue, he says, is that vehicles of any type take up “lots of space”, inevitably creating external costs. And ride hailing leads to more driving, not less. The solution is to get people out of cars by creating walkable, bikeable, transit-supportive communities.

Bloomberg City Labs says Lyft is working to reduce deadheading and plans to bring back shared rides, banned during the pandemic. Uber did not respond to a request for comment.