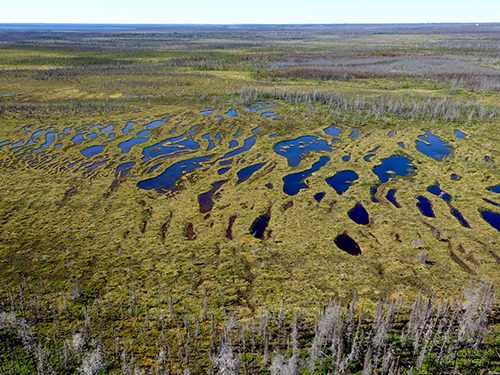 A climate diplomat-turned-campaigner is calling out carbon offsets as an attempt by corporations to greenwash their way out of effective change by exploiting the Global South.

“If major companies can’t make themselves compatible with staying below 1.5°C, their business models have no future. Yet oil companies, airlines, and food giants are not just hoping no one calls them out for this ruse—they’re launching schemes like the Taskforce on Scaling Voluntary Carbon Markets to force through a ‘consensus on legitimacy of offsetting’,” writes former Philippines climate negotiator Yeb Saño, now the executive director of Greenpeace Southeast Asia, in a post for Climate Home News.

Carbon-intensive corporations are continuing to emit greenhouse gases and deforest landscapes instead of making the transition to sustainable business models. As they increasingly come under public scrutiny, these big polluters are trying to solve the problem by “exploiting natural carbon sinks of the Global South to justify continued pollution,” Saño writes.

But those carbon sinks are often home to Indigenous communities that are already struggling to maintain their rights to their land. Not only has research shown that offsetting often fails to actually reduce carbon levels, Saño says it also tends to exacerbate problems with land rights, food security, and biodiversity in the regions where it is imposed.

“The Global South is not a blank space for polluters to fill with trees that serve their interests, rather than the species, nourishment, and self-determination of the local area,” he says.

The countries targeted for offset schemes are often those least responsible for the climate crisis, despite also experiencing its most devastating impacts, he adds. But by allowing big polluters to write off their own emissions, offsets continue making those impacts worse, making the deep injustice Saño attributes to the programs all the more destructive.

And yet, “voluntary carbon market proponents are now trying to exploit the needs of Global South governments for financial flows to protect nature and transition to 1.5°C-compatible economies, by serving up these false solutions as the only thing on offer,” he writes.

Offsetting proponents are working to influence politicians and draw focus to carbon offset schemes during the upcoming COP 26 summit. The Taskforce on Scaling Voluntary Markets, for example, is expounding an offsetting market worth US$100 billion, notes Saño. But, he says, this is a false solution that distracts from real efforts to reduce emissions.

“Buying up our forests, our lands, our nature to greenwash their business as usual is no substitute for climate finance to empower and enable economic transformation,” he writes.