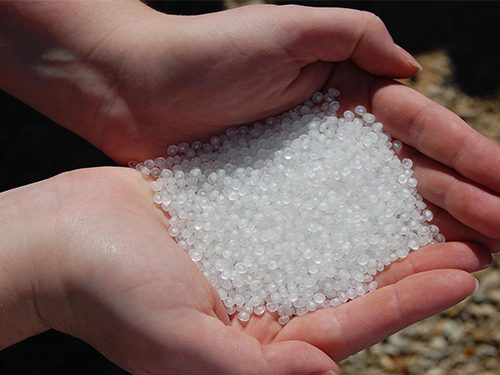 A threat to unleash economic havoc if a new tax on plastics is levied is only the latest effort in 50-year war waged by the U.S. industry to evade taking action on public health and environmental concerns, a new analysis says.

An ongoing debate in Washington, DC, over whether or not to tax virgin plastic resin “is worth watching,” writes the Institute for Energy Economics and Financial Analysis (IEEFA). The issues, the organization explains, “are much bigger than a tax-aggrieved industry versus a government in need of cash for new investments.”

The larger picture, IEEFA explains, is that vociferous assertions that the tax has been proposed solely to help the Biden administration pay its bills must not be allowed to obscure the (very complex) fact that the plastics industry is a rogue sector, dominated by a very few, very powerful actors.

The resin tax legislation, introduced in early September by Sen. Sheldon Whitehouse (D-RI), “calls for a 10-cent-per-pound tax in 2022 paid by manufacturers, producers, and importers of virgin plastic resins,” Plastics Today explains. The tax “would increase incrementally to reach 20 cents per pound in 2024.”

The industry magazine describes a recent rallying cry from Plastics Industry Association CEO Tony Radoszewski, who called for “all hands on deck” to counter the threat of the tax by lobbying senators and Congress members to vote against it.

The association’s chief economist, Perc Pineda, joined his colleague in the call to arms, asserting that consumers will be left carrying the financial burden if the tax goes forward. Sounding like someone who has never himself purchased a plastic bottle of pop or a bag of crushed ice, Pineda opined that “proponents of the resin tax may not be aware that some products carry high plastics content. For instance, for every $1 of final demand for snack foods, the plastics content is 11 cents. For soft drinks and ice, it is 12.1 cents of plastics content for every $1 of final demand.”

IEEFA counters that a 10-cent tax is hardly the biggest factor behind those numbers: by the plastics industry’s own report, profits have been “fantastic.”

“Most basic plastics like polypropylene and high-density polyethylene have seen extraordinary price increases through 2020 and have continued to skyrocket this year,” notes IEEFA. Prices for most plastics are up between 50 and 68% from 2020—“way above where they should be.”

So “even if they drop a little, the high prices will still place a burden on the cost of vital goods to the public,” the organization adds.

As for industry claims that the high prices owe to the pandemic and bad weather along the Gulf Coast, IEEFA says its data shows that plastics “rebounded swiftly from both challenges.”

Another fact revealing an industry that is hardly vulnerable is that more than 70% of the plastics market is controlled by a tiny handful of heavy hitters. “ExxonMobil, Dow, Braskem, Formosa, LyondellBasell Industries, and Chevron set the market,” writes IEEFA. “The same companies that make the polymers control the ethylene market, the feedstock for the plastic resins. Market price-setting lacks any sense of transparency, and no one watches or regulates the critical financial metrics that govern the industry.”

All of which makes the plastics industry a “protected political class that can pass along costs without consequence,” writes IEEFA—we know we need to use less plastic, but there is “no venue for deciding what plastic is needed.” What’s required is comprehensive regulatory system that can answer that question, regulate production and prices, and guide the industry toward creating climate, environmental, and health solutions, rather than “continued degradation.”

A December, 2020 video from Climate Town stands as a warning to meet any industry contributions to these questions with sharp skepticism. Profane, hilarious, and furious, the video reprises the history (and depressing power) of the infamous “Crying Native American” TV ad which, debuting in 1970, fought back against a nascent environmental movement with a tableau in which an Italian actor “dressed up like a Native American stereotype” and paddling a canoe is shown weeping over litter strewn along a beach.

The organization that produced the ad, Keep America Beautiful, is in fact a front group founded by fossil, plastics, and petrochemical interests, the video contends. The organization is still alive and well today, working hard to keep America litter-free—or, rather, as Climate Town host Rollie Williams puts it, working hard “to convince you it’s your fault there’s trash everywhere.”

Citing industry reports, Climate Town lays out exactly what the plastics industry knew about recycling: namely, whether it actually worked. The answer? As far back as 1987, companies knew there were “no effective market mechanisms for trade in contaminated mixed plastics” and that it was unlikely recycling could “ever be made viable on an economic basis.”

What mattered, of course, was what the public thought about recycling. “If the public thinks that recycling is working, then they aren’t going to be as concerned about the environment,” said Society of the Plastics Industry President Larry Thomas.