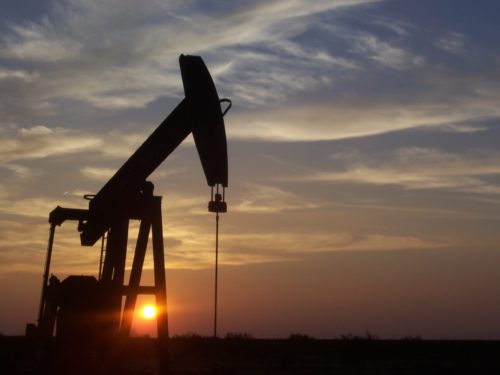 The coal, oil, and gas industries received US$5.9 trillion in worldwide subsidies in 2020—a mind-bending $11.2 million per minute, every minute of every hour of every day in the year—the International Monetary Fund (IMF) revealed in an analysis released this week.

An independent analyst said the report shows the subsidies “adding fuel to the fire” of the climate emergency, The Guardian reports, with not a single country pricing fossil energy in a way that reflects its full supply and environmental costs.

“Explicit subsidies that cut fuel prices accounted for 8% of the total and tax breaks another 6%,” the paper writes, citing the IMF. “The biggest factors were failing to make polluters pay for the deaths and poor health caused by air pollution (42%) and for the heat waves and other impacts of global heating (29%).”

Pricing fossil fuel prices to reflect their fully-loaded cost would be enough on its own to reduce global carbon dioxide emissions by more than one-third, the analysts concluded.

“This would be a big step towards meeting the internationally agreed 1.5°C target,” The Guardian says. Along with that overarching target, “agreeing rules for carbon markets, which enable the proper pricing of pollution, is another COP 26 goal.”

“There would be enormous benefits from reform, so there’s an enormous amount at stake,” said lead author Ian Parry, the IMF’s Principal Environmental Fiscal Policy Expert. “Some countries are reluctant to raise energy prices because they think it will harm the poor. But holding down fossil fuel prices is a highly inefficient way to help the poor, because most of the benefits accrue to wealthier households. It would be better to target resources towards helping poor and vulnerable people directly.”

This isn’t the first time the usually staid IMF has shone a light on global fossil fuel subsidies, placing the total at $5.3 trillion in 2015 and $5.7 trillion in 2017. Since the Fund’s last report in 2019, the pace of the climate emergency has quickened, as have the community response and the official analysis charting a course to faster, deeper emission cuts.

But by 2020, the latest numbers show, the governments setting the subsidies had yet to get the memo. With 50 countries committed to net-zero targets by mid-century and 60 carbon pricing regimes in effect around the world, “we’re still just scratching the surface really, and there’s an awfully long way to go,” Parry said.

Five countries—China, the United States, Russia, India, and Japan—accounted for two-thirds of the subsidies, the IMF found, with the annual total on track to hit $6.4 trillion by 2025 without action to bring subsidies under control.

“To stabilize global temperatures, we must urgently move away from fossil fuels instead of adding fuel to the fire,” said Carbon Tracker Senior Analyst Mike Coffin. “It’s critical that governments stop propping up an industry that is in decline and look to accelerate the low-carbon energy transition, and our future, instead.”

He added that the United Kingdom, as host of next month’s United Nations climate conference, COP 26, “could play an important global leadership role by ending all subsidies for fossil fuels,” instead of sanctioning new oil and gas drilling licences in the North Sea.

“Proper pricing for fossil fuels would cut emissions by, for example, encouraging electricity generators to switch from coal to renewable energy and making electric cars an even cheaper option for motorists,” The Guardian explains. “International cooperation is important, Parry said, to allay fears that countries could lose competitiveness if their fossil fuel prices were higher.”

The Guardian has commentary pointing to the G20 summit at the end of this month as the place to clear a major stumbling block to decarbonization. “It is maddening to realize the much-needed change could start happening now, if not for governments’ entanglement with the fossil fuels industry in so many major economies,” said E3G Senior Policy Advisor Maria Pastukhova.