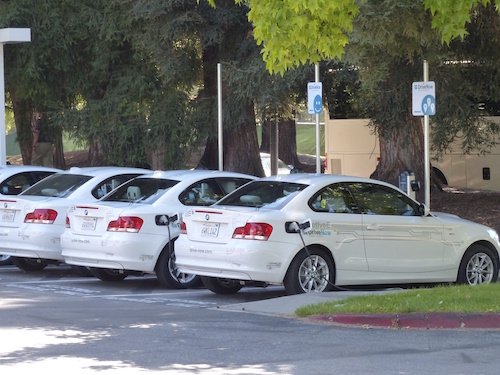 Canada’s federal government will have to double down on zero-emission vehicle policy if the country is to fulfill the Liberal Party’s pre-election promise that 50% of all passenger vehicle sales will be electric by 2030, Clean Energy Canada says in a new analysis.

“While policies exist to stimulate both the supply of and demand for EVs, current measures won’t get Canada anywhere near the target,” reports iPolitics.

The Liberals announced their target this past June, and all major federal parties issued their own ZEV sales commitments during the summer election campaign.

Canada sets its passenger vehicle emission standards by automatically applying those enacted in the United States. But even after following U.S. President Joe Biden’s new, more stringent tailpipe emissions regulations, Canada could achieve 24% EV sales by 2030 at best, according to recent modelling. That, writes iPolitics, “is well short of Canada’s goal.”

But a solution may be found in the policies of some state and provincial governments, says Clean Energy Canada

“We need only look to B.C., Quebec, and California, the places with the highest EV uptake in North America,” the organization writes. “All have zero-emission vehicle standards, a policy requiring automakers to sell increasing proportions of EVs.” ZEV standards in British Columbia and Quebec require manufacturers to sell increasing proportions of EVs, and have driven sales to 8.4% and 6.8%, respectively, of provincial passenger vehicle volume, compared to the average of 3.5% across Canada.

Those sales are high enough to constrain supplies in other provinces, but “a national approach would help ensure that EVs are available to all Canadians no matter where in the country they live,” CEC says. With electrics gaining traction in the auto industry and 60% of consumers saying they want one for their next vehicle, the time for nationwide action by lawmakers is now.

“The federal government wants to reduce Canada’s greenhouse-gas emissions by 40 to 45% below 2005 levels by 2030, and getting more EVs on the road is key to that effort,” iPolitics writes.