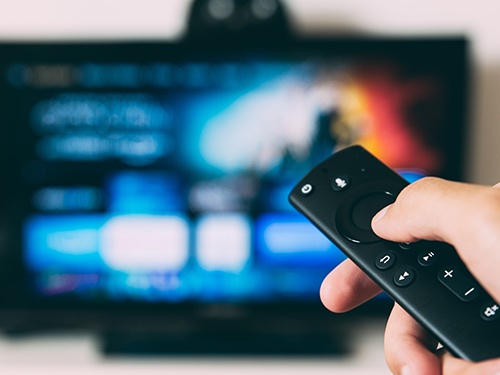 A new campaign is taking aim at careless advertising that promotes high-carbon lifestyles and fossil fuels, arguing that messaging from fossil companies and other big polluters rot the brain while heating the planet.

The Brain Pollution initiative is gunning for what it says is “the advertising industry’s lack of scrutiny for its role in the climate crisis”. The group estimates the United Kingdom alone spent £28 billion on advertising in 2019.

It’s even invented an almost credible but entirely fictional “Ministry for the Climate Emergency”, its handoutsmodelled on UK government releases, and launched this morning with a public health warning film voiced by popular TV presenter Chris Van Tulleken. The film comes with a “Ministry” briefing and billboard posters on the dangers of Brain Pollution. A bicycle-powered billboard is to tour some of London’s leading ad agencies with major polluters as clients.

The campaign targets the fact that the climate is changing faster than people’s behaviour and cites ads promoting high-carbon lifestyles as a major obstacle to change. It also spotlights the huge gap between the carbon cuts science says are vital to meet climate targets and current action—and lack of it—by industry and governments.

To fill that gap, the initiative has invested in a public health warning campaign about the dangers it identifies in advertising, featuring the film voiced by Van Tulleken, a leading British infectious diseases doctor and documentary maker. He focuses on a medical novelty—“commerciogenic” disease.

“The brain pollution of advertising creates not just the high-carbon lifestyles feeding the climate emergency, but also a wave of commerciogenic diseases ranging from malnutrition to depression,” Van Tulleken says.

“Yet this is one of the least talked-about and understood aspects of the climate and public health crises. We are desperate for an official public information campaign … We need to end the badvertising that undermines climate action and public health for both our health and our ultimate survival.”

The international campaign focuses on advertising in the UK, Germany, Spain, Italy, France, Sweden, Denmark, and the United States. Among the problems Van Tulleken identifies as resulting from daily commercial life, air pollution is one of the most severe: the burning of fossil fuels is estimated to cause 8.7 million premature deaths a year worldwide.

“Advertising is a sector which has largely escaped attention until now, but actively promotes high-carbon, polluting goods and services, and creates an obstacle to change by making heavily polluting lifestyles appear normal,” the Brain Pollution team says. “People encounter an estimated 4,000 to 10,000 adverts daily.” The amount spent on advertising cars in key global markets in 2018 was estimated at over US$35 billion.

The initiative for the Badvertising campaign comes from two leading UK climate campaigners, Andrew Simms, co-author of the original Green New Deal and co-director of the New Weather Institute, and animator Leo Murray, who devised the Frequent Flier Levy and created the “Trump Baby” blimp.

“By encouraging high-consumption, polluting products and lifestyles, large parts of the advertising industry are an obstacle to climate action and are actually encouraging behaviour which makes the climate emergency worse. Yet, until now, the industry has largely escaped scrutiny,” Simms said.

“Change happens though, and we have been here before,” he added. “Against huge resistance, but for good public health reasons, the advertising of tobacco was ended. The climate emergency is an even bigger issue, so action to stop adverts fuelling the crisis is even more urgent, yet it is not even being discussed by politicians and regulators.”

Murray said it’s tough trying to help people make the changes science says are needed: “It’s almost impossible to get these messages to stick against the relentless, overwhelming tide of commercial messaging urging people to keep on trashing the planet. I hope our new film might help kickstart a long overdue conversation about the brain pollution that is blocking us from making the changes we so urgently need.”

Badverts hopes to emulate the successful campaigns to end tobacco and cigarette advertising, and is urging similar controls on high-carbon ads. It is calling for legislation against high-carbon advertising, with a particular focus on fossil fuel companies, internal combustion engine cars, and aviation.