SoCalGas to Pay $1.8B for Aliso Canyon Methane Leak 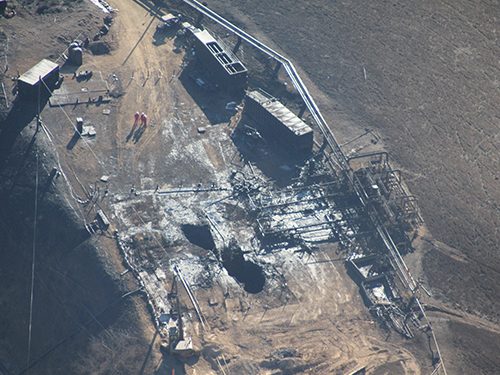 Sempra Energy’s SoCalGas in California will pay a total of US$1.8 billion in settlement claims to atone for a 2015 gas leak at its Aliso Canyon storage facility that was, to date, the worst methane discharge in U.S. history.

“Nearly 36,000 individuals were plaintiffs in lawsuits brought against SoCalGas over the years, prompting the company to settle the outstanding cases with an initial $1.1 billion to be paid this month,” reports The Hill. The company says the cost will not be shouldered by customers.

The 112-day leak that led to the payout released roughly 100,000 tonnes of methane, ethane, and other chemicals into the air, creating a heat-trapping effect equal to the annual exhaust emissions from 600,000 cars. Nearby residents exposed to the gas suffered nosebleeds, headaches, and nausea, and about 8,000 families had to evacuate the area, says The Hill.

The facility was subsequently closed until 2017, when state regulators cleared SoCalGas to resume operations. Continued restrictions on the facility tightened fuel supplies in California and contributed to power and gas price spikes, reports Bloomberg News.

The state is now mandating that SoCalGas run the facility at reduced gas pressure, says The Hill. The company must also implement new safety protocols.

“These agreements are an important milestone that will help the community and our company work toward putting this difficult chapter behind us,” SoCalGas CEO Scott Drury said in a statement.

Nearby residents, including the group Save Porter Ranch, oppose reopening the Aliso Canyon site.

“You can’t put a price tag on human suffering,” Matt Pakucko, the group’s president and co-founder, told The Hill. “SoCalGas’ devastating blowout will never be behind us until the Aliso Canyon storage facility is shut down and the danger it poses to the community is permanently eliminated.”

So far, he added, “we are nowhere near a resolution.”

Following the leak, the California Public Utilities Commission opened proceedings to investigate the impacts of closing or reducing the storage field on the region’s energy reliability. In an August report on potential plans for the facility, Utility Dive noted that closing the facility “could be a model for the state’s broader energy transition: as either a positive lesson or a learning experience.”