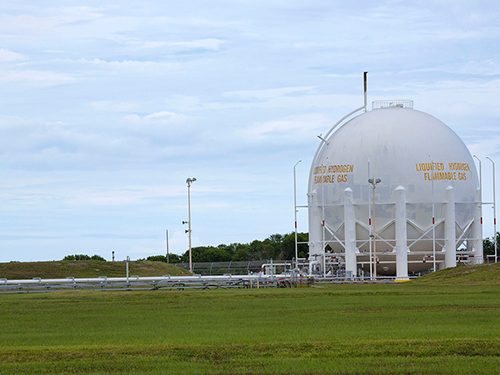 Hydrogen will be a competitive source of back-up power for renewable sources like wind and solar, according to a new study by the MIT Energy Initiative (MITei).

The study modelled the levelized cost of energy (LCOE) for back-up options, including converting existing natural gas-fired to hydrogen to meet peak demand for electricity. The conclusion: “Hydrogen can be a more cost-effective alternative to lithium-ion batteries for peaking operations on a power grid,” said MIT research scientist and study co-author Emre Gençer.

At a cost or $2,400 per megawatt-hour, green hydrogen created from electrolysis would be cheaper than lithium-ion battery storage, at $3,000/MWh. Blue hydrogen, made from fossil fuel feedstock, would be cheaper still, at $1,560/MWh. But the authors note there are “concerns about the supply of blue hydrogen and the lesser carbon benefit as compared to green hydrogen.”

Centralized power grids require backup power to make up for short-term interruptions in renewable generation, like a lack of wind or sun over a period of hours. Backup is also needed for longer shortfalls, such as low hydropower generation during a heat wave with a high cooling load. The study notes that lithium-ion battery storage is technically suited for temporary rather than extended shortfalls in generation.

The authors acknowledge the economic and political challenges of ramping up hydrogen production for peaking power at scale, including the need for much higher electricity prices that reflect the cost of carbon. Converting natural gas plants to hydrogen is costly, and conversions are unlikely until a hydrogen energy infrastructure is established for other uses, like manufacturing and transportation.

Blue hydrogen has been touted by industry advocates as a means of reducing emissions. However, recent research by Cornell University’s Robert Howarth found that producing hydrogen from natural gas and adding carbon capture to the process has a 20% higher greenhouse gas footprint than simply burning gas or oil for heat. A major and often overlooked factor is the release of fugitive emissions of methane, which is about 80 times more potent than CO2 over a 20-year span. Further, industry claims of permanent carbon storage are “optimistic and unproven,” the researchers note.

Hydrogen, however it is created, is a highly flammable and low-density gas, making transportation from source to end use an additional challenge.

SoCalGas to Pay $1.8B for Aliso Canyon Methane Leak