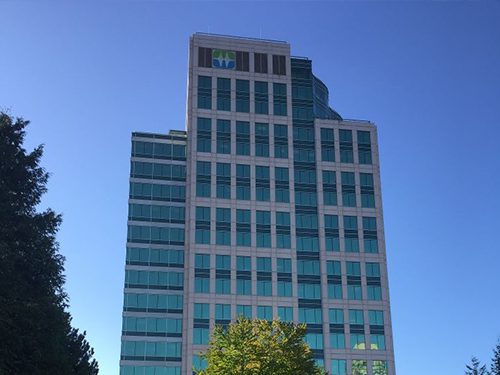 BC Hydro and the provincial government have announced a new five-year plan for the Crown corporation that provides incentives for people to switch from fossil fuels to electricity to power their homes, businesses, and vehicles.

Under the plan announced Tuesday, the utility will spend nearly C$190 million to promote fuel switching in homes, buildings, vehicles, and industry, The Canadian Press reports.

More than $50 million will be spent to attract industries to B.C. to run their businesses and reduce their carbon footprint by using hydroelectricity.

Bruce Ralston, the province’s minister of energy, mines and low carbon innovation, said the “ambitious” plan could lead to slightly lower rates for BC Hydro customers, by as much as 1.6% by 2026.

“We plan to use B.C.’s clean power advantage, the power of water, to transition away from using fossil fuels like gasoline, diesel, and natural gas to using clean electricity over the next five years,” he told a news conference.

Premier John Horgan said the plan could reduce greenhouse gas emissions by about 930,000 tonnes by 2026, the equivalent to taking about 200,000 passenger vehicles a year off the road. “Those solutions will lead to what we call energy switching, moving away from fossil fuels and taking up more clean, green, electrified options,” he said.

The plan builds on existing rebates and customer supports for the installation of heat pumps, electric vehicle chargers, and electrification measures, Horgan added.

The province announced in January that it would set up an electrification fund using about $84 million from the federal government’s infrastructure investment program. The fund aims to reduce the costs of connecting to the power grid and supports certain industrial customers upgrading their connections. The fund covers up to 50% of a customer’s eligible costs, such as new transmission lines, to a maximum of $15 million.

At the time, depending on the industrial facilities that participate, the province said its electrification initiatives could reduce greenhouse gas emissions by a million tonnes per year.

This week, Ralston said homeowners can benefit from new top-up incentives that could save them about $3,000 over existing rebates on electric heat pumps if they’re switching from natural gas. The government also plans to “more than triple” the number of public fast-charging stations for electric vehicles by 2025, he said.

In July, the B.C. government announced a hydrogen strategy to help the province achieve net-zero carbon emissions by 2050, using regional hydrogen hubs to supply fuel to industries and consumers. The province would also increase the number of medium- and heavy-duty vehicles powered by hydrogen.

At the news conference Tuesday, Horgan emphasized the role of such “cutting-edge innovations”, along with the push for hydropower to help the province switch from fossil fuels.

BC Hydro President Chris O’Riley said the province has been powered by clean energy for decades thanks to its network of dams and generating stations.

“The impacts of climate change, though, continue to confront us,” O’Riley said, noting the devastating series of drought conditions, heat waves, and fires over the past summer. “Thanks to the clean power advantage we have here in B.C., we are well positioned to act on climate change and to reduce greenhouse gas emissions by reducing our reliance on fossil fuels.”

This report by The Canadian Press was first published on September 28, 2021.