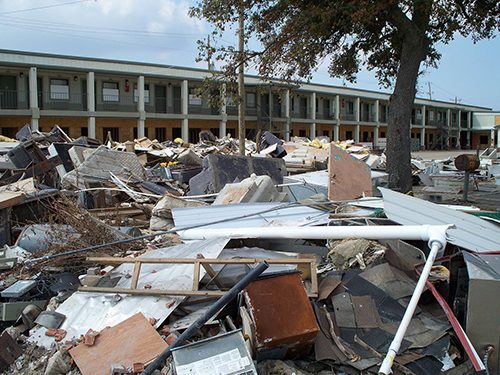 A child born in 2015 will witness roughly three times as many climate disasters as someone born in 1960 if global heating exceeds 1.5°C, says a first-of-its-kind study just published in the journal Science.

Today’s average six-year-old will “see twice as many wildfires, 1.7 times as many tropical cyclones, 3.4 times more river floods, 2.5 times more crop failures, and 2.3 times as many droughts” as their grandparents, reports The Washington Post.

The study, an international collaboration between 37 researchers, showed that unchecked global heating will bring particularly intense suffering to the poorest parts of world. “The changes are especially dramatic in developing nations,” the Post writes. “Infants in sub-Saharan Africa are projected to live through 50 to 54 times as many heat waves as someone born in the preindustrial era.”

Lead author Wim Thiery of Vrije Universiteit Brussel told Carbon Brief that he and his colleagues broke new ground with their decision to evaluate long-term exposure to extreme weather events through the “perspective of a person, born in a particular moment, living a particular lifespan, and experiencing climate extremes throughout their life.”

The method “brings together datasets that have never been considered together—extreme event simulations and warming trajectories on the one hand, and demographic data such as life expectancy and population density on the other hand,” he explained.

Earlier studies have been far less granular, framed within a clear demarcation between present and future, a 1.5°C or a 2°C world, without human lives complicating the view.

Underscoring the profound “intergenerational inequity” made so transparent by his findings, Thiery told the Post that “young people are being hit by climate crisis but are not in position to make decisions… while the people who can make the change happen will not face the consequences.”

Should global heating be held to 1.5°C, however, “newborns’ risk of extreme heat exposure will fall almost by half,” the Post reports. The incidence of crop failures, droughts, and flooding could fall by 11%, 27%, and more than 30%, respectively.

Thiery and his team also found “that children from the Middle East and North Africa born in 2020 have the most to gain from limiting warming to 1.5°C—and would see a 57% reduction in exposure to extremes” under that scenario, Carbon Brief writes. But even if warming is held in check, today’s children will still face a lifetime of “unavoidable impacts that are unmatched by those experience by older generations.”

And the window for limiting those impacts is growing smaller: citing a United Nations report published earlier in September, the Post notes that ongoing policy failures “put the planet on track to warm by 2.7°C by the end of the century.”

“Everything will keep getting worse and worse until I grow up,” said Adriana Bottino-Poage, a six-year-old from Woodbridge, Virginia. “Somebody has to do something.”

Even more worrying is that the numbers in the report are “almost certainly an underestimate,” writes the Post. Co-author Joeri Rogelj, director of the Grantham Institute for Climate Change and the Environment at Imperial College London, cautioned that a more accurate estimate would have included the increased severity of events, as well as the impacts of “compounded extremes” like heat waves with drought, or sea level rise with storm surges.

“Our aim is for this not to be the conclusion of this debate, but for this to be the start of looking at the lived experience of children being born today,” he told the Post.

Published in conjunction with the findings from Thiery’s team, a report by Save the Children International is urging world leaders to accelerate their own climate ambition and make good on their promise to provide US$100 billion annually to help the developing world mitigate future warming and adapt to changes that are now unavoidable.

Save the Children Director Yolande Wright told the Post she hopes the new revelations confirming the extent of “intergenerational inequity” in the climate crisis will be a shot in the arm for climate litigation.

“Now that we can really quantify how a child in their lifetime will see so many more of these extreme events,” she said, “it helps make the case.”