New York Commits to 10 GW of Distributed Solar by 2030 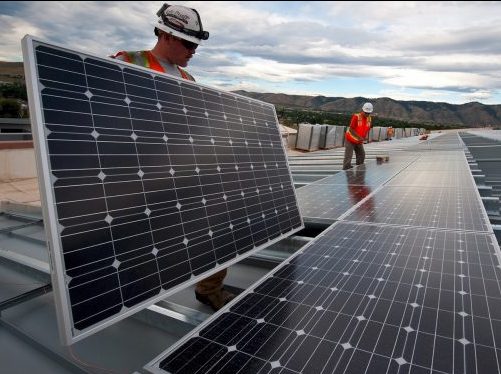 New York is nearly doubling its goal for distributed solar capacity to 10 GW, a move that will build the state’s climate resilience while creating thousands of jobs.

“New York State must be more aggressive in setting the bar higher in recognition of the reality of climate change and the closing window of time to stop the worst impacts nationally and globally,” Governor Kathy Hochul said in a September 20 announcement, reports Utility Dive.
“With this expansion, we are demonstrating New York State’s commitment to increasing the amount of renewable energy flowing to the electric grid as well as creating more jobs in the solar industry in support of our growing clean energy economy.”

The NY-Sun program is a US$1.8-billion initiative that has supported 73 utility-scale solar projects and more than 114,000 smaller projects in homes and businesses since 2011. Current projections show the state on track to install 5.1 GW of distributed solar by 2026, and the deadline for the new goal of 10 GW has been set at 2030. Once complete, the expansion could generate power for 1.7 million homes.

“Though we don’t have a current forecast out to 2030, this 10 GW of [distributed] solar seems quite feasible and reasonable to me if the state takes appropriate action,” Wood Mackenzie U.S. solar research analyst Rachel Goldstein told Utility Dive.

Hochul projected that the new goal will create 6,000 solar jobs and help the state’s economy recover from the COVID-19 pandemic. And 35% of the program’s benefits will be allocated to disadvantaged communities and “low- to moderate-income level New Yorkers.”

“Governor Hochul’s 10 GW target for distributed solar will help us expand rooftop and community solar to even more families in New York, all while cleaning our air, creating high-quality jobs, and strengthening our communities,” said Abigail Ross Hopper, president and CEO of the Solar Energy Industries Association. New York is already experiencing climate change, she told Utility Dive, and the new target will help the state become more resilient to its impacts.

But while New York may be on course to reach its own clean energy targets, President Joe Biden’s goal to decarbonize the power sector by 2030 will mean replacing 800 GW of local generation with renewable energy. “To reach the targets currently in discussion at the federal level requires scale on orders of magnitude beyond the New York governor’s announcement,” said Goldstein.