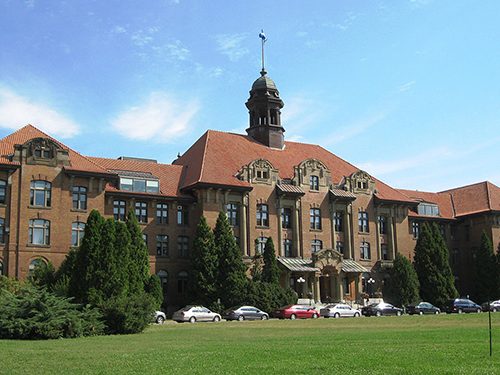 A Quebec climate science instructor has resigned in protest, saying more must be done to educate young Canadians on the climate crisis and help them live with a sense of hope and agency.

“Climate science consensus tells us that the world must reduce greenhouse gas emissions by 45% of 2010 levels by the year 2030 in order to have a 66% chance of avoiding a cascade of extreme climate events that will be unstoppable within their lifetimes,” writes Heather Short, a former instructor at John Abbott College in Montreal, in an op-ed for CBC.

“At present, countries have pledged to reduce emissions by a global total of 0.5% by 2030.”

Relaying that kind of devastating information to an 18-year-old “without a cohesive, science-informed institutional and cultural framework of climate-literate support” is like “telling them that they have cancer, then ushering them out the door, saying ‘sorry, good luck with that’,” Short writes.

A 15-year veteran of teaching geology, Earth systems science, and climate literacy at the college, Short observes that “it is fundamentally unfair and unjust” for older generations who have consumed and extracted so much “to drop the responsibility to fix (or adapt to) the climate crisis in their young laps.”

What today’s youth and children deserve, she writes, is an apology, immediate action, “and emotional support to navigate an uncertain future.” So “honesty, transparency, and open dialogue about these climate and ecological crises must form the core of our education.”

At her own college, Short proposed a new structure for her job: she would become a climate literacy specialist. The role, it turns out, “was not one that fit readily into the current hiring/employment structure (or the collective agreement),” and her proposal was rejected. That’s when Short resigned, as an “act of conscientious objection to educational business-as-usual with a ‘green’ twist, couched in the assumption of a forever-growing economy on a physically finite planet.”

“As education stands now, we are not preparing our students to be successful in their futures, and by not admitting to that, we are failing them,” Short writes.

In a separate report, CBC writes that Sophia Bi, a Grade 12 student at Lord Byng Secondary in Vancouver, and Aishwarya Puttur, a Grade 11 student at Bluevale Collegiate in Waterloo, Ontario, “are working to change that” with separate but aligned campaigns for better climate education in Canada’s public schools.

Bi is a member of the student-led Climate Education Reform B.C., “which has developed a list of six actions to improve education about climate change, including consulting with students and developing resources for teachers.” Puttur, meanwhile, is involved in Teach the Teacher, a global campaign that “empowers students to hold presentations with teachers at their school about ways to improve climate education.”

In an interview with Laura Lynch, host of the CBC’s What On Earth broadcast, Bi said “really complex issues” like climate policy or the need for a low-carbon transition “are never really discussed in any depth in schools.”

“Mostly, it’s a one-time mention,” she said. “Maybe it’s one unit, you learn it and then you move on.”

There are vast regional differences, too, in what a student is able to learn, added Lakehead University education professor Ellen Field. She told CBC that what climate education does exist tends to focus on the science, with little discussion of what students can do. That disconnect not only goes against Canada’s obligation as a signatory to the Paris climate agreement to pursue rigorous climate education in public schools, but poses a risk to mental health. In her past research, Field found that “almost half of students from Grades 7 to 12 believe climate change is happening and think it’s caused by humans, but don’t believe that anything can be done to solve it,” CBC writes.

Aishwarya Puttur is determined to do her part to dispel that belief. “Climate education really needs to be one that not just explains the issue thoroughly, but also inspires hope within young generations,” she said. “This is my future, this is my Earth, and now I know the severity of [climate change]. But I also know that there are beautiful solutions.”

New York Commits to 10 GW of Distributed Solar by 2030