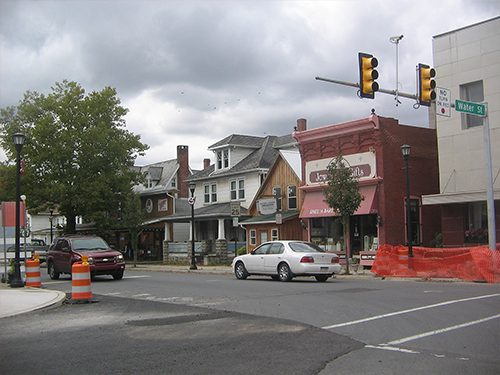 Residents of small-town Appalachia have been forced to weigh their concerns about methane in their drinking water against a desire to protect a culture of co-operation, self-reliance, and sovereignty, a U.S. author says.

After spending time with a Hughesville, Pennsylvania, family who had refused to go public about their neighbourhood’s poisoned water, environmental sociologist Colin Jerolmack realized their choice to stay quiet “wasn’t about what was in it for them. It was about defending their community,” he writes in a summary of his latest book, Up to Heaven and Down to Hell: Fracking, Freedom, and Community in an American Town, for The New York Times.

In the wake of a tumultuous town hall meeting eight years ago, Jerolmack recounts that he thought the patriarch of the family, Tom Crawley, was primed to become an “accidental activist,” given his frustration about a fracking company whose activities had left their drinking water bubbling over with methane—and a local Republican politician’s failure to address the problem.

Likewise present at the meeting were representatives of the Responsible Drilling Alliance, a local anti-fracking group. When he saw them approach Crawley, Jerolmack expected the resident would be thrilled to find someone willing to back his cause.

“I was wrong,” he writes. Not only did Crawley rebuff the Alliance, he also refused to give any further details about himself or his water problems to a local paper.

What Jerolmack later learned was that Crawley and his wife were concerned that drawing attention to the issue would put the family who owned the property on which the fracking well sat at risk of harassment by anti-fracking activists—something he said the community had already experienced in 2013, when an Artists Against Fracking tour bus full of “celebrities and journalists from New York City” came to town.

“Do you have the right to come protesting in my area because of something that’s not going to affect you and you live 100, 200 miles away?” asked Crawley. He also wondered how many of the people who protest fracking “live in a high-rise building that’s heated by gas.”

While the alliance that approached Crawley was a local organization based in Williamsport, just 27 kilometres from Hughsville, Jerolmack says he agrees that “anti-fracking activism is not, for the most part, NIMBYism—it’s largely a not in your backyard movement spearheaded by progressives living in urban and coastal areas.”

The Crawleys, he writes,  “feared that ‘raising a stink’ about their problem might invite greater oversight of the industry” and hurt the economic prospects of their fellow townspeople: “the neighbour whose family farm was no longer a millstone to unload now that it was bringing in gas royalties, or the friend who was laid off but found a better-paying job driving a water truck for the oil and gas industry.”

The Crawleys were also determined to protect cherished “small-town community norms” like land sovereignty, a value that might seem imperilled by anti-fracking messaging about the need for “greater government regulation over personal land use decisions.”

“Viewed in this light, the Crawleys’ continued public support of fracking, and their dismissal of environmentalists, was a way of showing solidarity with the community and protecting its ostensibly rural way of life,” writes Jerolmack.