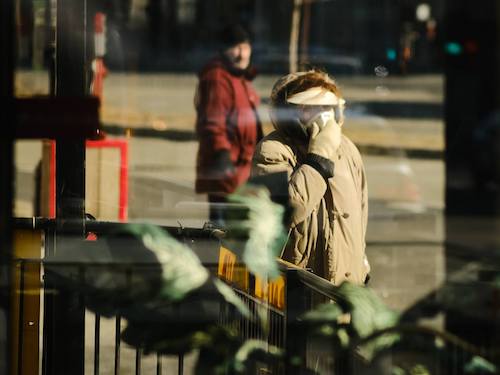 The COVID-19 pandemic experience holds sobering lessons for the way humanity is set to respond to future global crises, economic historian Adam Tooze argues in an opinion piece for the New York Times.

The COVID response showed that governments and communities were worryingly unprepared, writes Tooze, director of the European Institute at Columbia University. Worse yet, effective responses have been—and likely will continue to be—hamstrung by influencers who cloak their indifference and “selfish calculation” under the illusion of financial limitations.

“The world’s decision-makers have given us a staggering demonstration of their collective inability to grasp what it would actually mean to govern the deeply globalized and interconnected world they have created,” he says.

At the pandemic’s start, the most powerful nations needed to coordinate and cooperate to address the spreading coronavirus, but they didn’t. Instead, “frontiers were closed on the fly; supplies of personal protective equipment were grabbed at airports; haphazard travel bans continue to this day.”

The eventual vaccine rollout was hardly better. Countries like the United States and Europe are still hoarding doses and distributing them unevenly while other countries are largely unprotected, despite the foreseeable risk of variants developing in unvaccinated populations. Even when the International Monetary Fund calculated that an investment in a comprehensive vaccination campaign would yield returns at a ratio of 180 to 1, no countries stepped up to foot the bill.

“This failure is all the more glaring for another lesson that the pandemic revealed,” Tooze writes. “Budget constraints don’t seem to exist; money is a mere technicality. The hard limits of financial sustainability, policed, we used to think, by ferocious bond markets, were blurred by the 2008 financial crisis. In 2020, they were erased.”

In the end, it was global bankers that led the one concerted response during the pandemic as they worked to balance government debt levels not seen since the World Wars.

“John Maynard Keynes was right when he declared during the Second World War that ‘anything we can actually do, we can afford’,” he adds.

The national willingness to increase spending showed that the construed limits of financial systems can be overcome. However, Tooze writes, “the sense that government action had been liberated from the tyranny of finance was illusory.” Central bankers were motivated to sustain government lending by the threat of financial markets melting down, and the private speculation that followed polarized wealth. But this “glimpse of financial freedom” laid bare the truth of why the global pandemic response was so ineffective.

“If we are not doing a global vaccine plan, it is not for lack of funds. It is because indifference, or selfish calculation—vaccinate America first—or real technical obstacles prevent us from ‘actually’ doing it,” he says.

“The challenge for a progressive globalism fit for the next decades is both to multiply those crisis-fighting networks—into the fields of medical research and vaccine development, renewable energy and so on—and to make them more democratic, transparent, and egalitarian,” Tooze writes.

With Climate Migration on the Rise, Canadian Immigration Policy Must Adapt