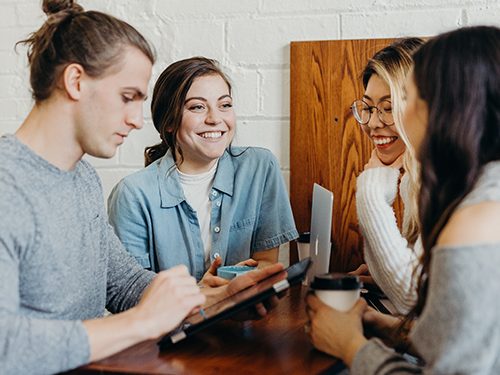 Dispensing with “climate denier” would also align with the reality that only 8% of Americans dismiss the phenomenon of climate change outright, writes The New Yorker, citing research by the Yale Program on Climate Change Communication. The data show that the attitudes of the rest run the gamut from doubtful, to disengaged, to cautious, to concerned, to downright alarmed.

While she sees little hope of the 8% making the “turn” necessary to accept the reality of the climate crisis, Hayhoe remains utterly committed to trying to reach everyone else, from the so-alarmed-I’ve-given-up to those whose beliefs leave them especially inclined to doubt the messenger.

Noting, for example, that many farmers in Texas (where she lives and teaches) still think “liberal hoax” when they hear the term “climate change”, Hayhoe says she avoids the phrase in favour of “climate variability” and “long-term trends.”

Meeting people where they are at and, ideally, finding common ground are key strategies laid out in Hayhoe’s new book, Saving Us, which offers detailed guidance on how to communicate the climate crisis—especially to the conservative-minded doubtful.

Citing a passage from the book, The New Yorker writes how Hayhoe affirms the need to “seek out like-minded groups,” whether that communion comes over a love of winter sports, of birds, or of one’s god.

Hayhoe also points to the value in being an “early adopter,” noting that doubters will follow actions that prove their worth, like climate-conscious farming.

The New Yorker writes that Hayhoe “still believes that there will be an awakening to the urgency of the problem—what she calls our collective ‘oh, shit’ moment.”

But she also makes clear that “the window of time to alter our current pathway is closing fast.” Eschewing all language associated with guilt—part of the problem with a lot of climate messaging, she says, is that it makes people feel bad, which in turn generates resentment—Hayhoe “only urges that we change our trajectory,” writes the New Yorker.

“That’s all repentance means,” she observes. “To turn.”