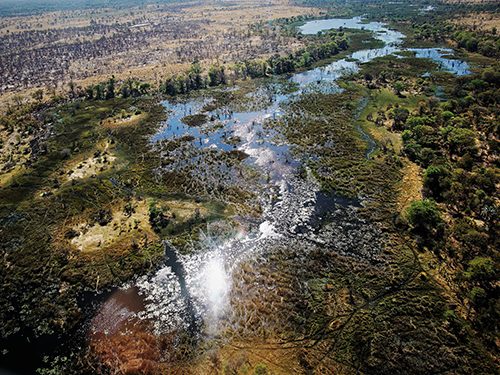 Environmental activists and lawyers are urging a Canadian virtual stock exchange to investigate a Vancouver-based company’s interest in drilling for oil and gas in the Okavango Delta in northern Botswana, after documents suggested it may have obscured its ambitions in the biodiverse and ecologically fragile region.

A year after environmentalists in southern Africa sounded the alarm about plans by Reconnaissance Energy Africa Ltd (ReconAfrica) to begin exploratory drilling in the delta, civil society groups are urging the TSX Venture Exchange “to investigate potential misrepresentations in the disclosures and public communications” of the company, Canadian environmental and human rights watchdog Above Ground reports in a release.

Driving the request for an investigation is the discovery of documents that appear to show ReconAfrica making one statement about its operations to investors, and quite another to local stakeholders.

While an August 2020 communication to investors described the company’s interest in the Okavango Basin as a “significant shale play”, suggesting potential for unconventional oil and gas extraction through hydraulic fracturing, ReconAfrica insisted a joint communiqué with the Government of Namibia that fracking was not on the table, Above Ground says. Apparently concerned to keep locals onside, the company also scrubbed all mention of “unconventional” and “shale” from its website and public disclosures.

But those changes look cosmetic, the release states, since ReconAfrica “continues to rely on estimates of the prospective quantities of oil and gas within its licence area that include unconventional (shale) resources.” The maps for its initial drilling program also include wells “in areas the company previously identified as locations with unconventional resources.”

Above Ground says the company’s plans are a threat to Indigenous peoples like the San, critical freshwater resources, and many endangered species across the eight-million-acre Okavango region, which spans the Namibia-Botswana border.

“Efforts to open up a new frontier of oil and gas production in the Okavango in the midst of a mounting climate emergency is concerning enough from a human rights and environmental perspective,” said Nikki Reisch, director of the climate and energy program at the U.S. Center for International Environmental Law. But groups are also concerned about whether ReconAfrica is sharing “the full extent of its operations and the risks they entail for communities, investors, and the planet.”