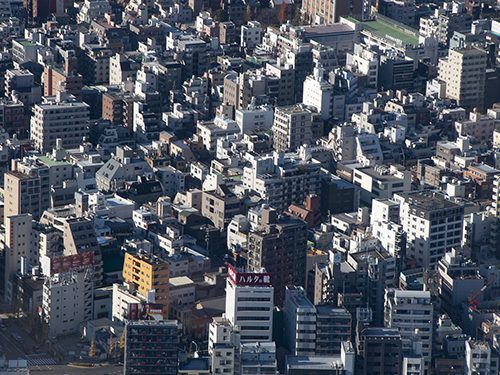 Cities should focus on building up rather than out if they want to address the affordable housing crisis while reducing emissions from driving, say climate experts—although the wrong approach to intensification can drive resistance even in progressive neighbourhoods.

“Climate scientists and urban planners increasingly suggest that one of the most impactful ways to slash greenhouse gas emissions is to make cities denser,” reports The Guardian. But Canada has the lowest number of housing units per 1,000 residents of  any G7 country, resulting in an affordable housing shortage that was a prominent topic in this year’s federal election, says CBC.

During the campaign, party leaders were quick to issue plans to drive down housing costs by building more homes. But the details matter: the wrong plan can result in urban sprawl that paves over green space and requires more roadways, more cars, and more emissions. Fuel burning for transportation is already a big source of greenhouse gases for the country and is the highest source in Ontario, prompting climate experts—like the province’s former environmental commissioner, Dianne Saxe—to call for housing densification and retrofitting rather than outward expansion, writes CBC.

“We need to be thinking about building more like they build in Europe, quite frankly, where people are less dependent on having their own personal vehicles and where they can access the things that they need within a short distance, whether that’s walking or biking or taking public transit,” said Environmental Defence Canada Program Director Keith Brooks.

Reforming housing development can be a difficult step for municipalities that may need to overhaul zoning bylaws to allow denser living accommodations than the favoured single-family home, says CBC. Furthermore, poorly designed policies and incentives can undermine shifts to green development practices. In Ontario, reports the Financial Post, developers are complaining that “rising development charges and insufficient incentives are stifling some major municipalities’ efforts to encourage developers to build green.”

The issue is on the agenda in the United States, as well. President Joe Biden has called for a “historic investment” in affordable housing and is “urging cities to change zoning laws to boost density and limit single-family housing developments, as well as rip up highways that have cleaved apart communities, typically communities of colour, and added to air pollution,” says the Guardian.

Some cities are falling in line to remake zoning laws to promote dense, affordable housing. But those advances are failing where communities are unwilling to counter climate change by altering their relatively driveable, single-family, suburban neighborhoods.

“Climate change has become the broccoli that everyone wants to push around on the plate,” said Yimby Action Executive Director Laura Foote. “It’s easy to argue that one housing project won’t make the difference between averting climate change and global warming killing us—but really, we need to be saying yes to as many of these housing projects as we can in order to avoid climate catastrophe.”