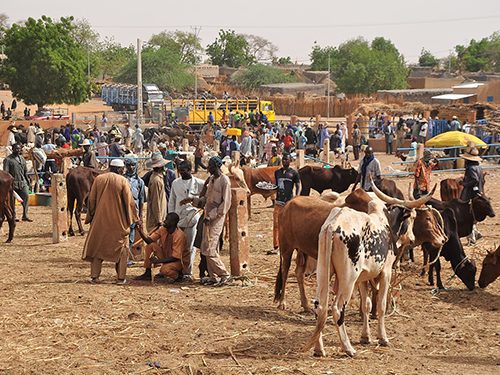 Climate policymakers must look beyond the risks in large-scale animal agriculture and invest in smallholder farmers in impoverished regions to “help rural farming communities adapt in the face of the climate crisis,” say a Ugandan farmer and a U.S. public health nutrition scientist.

“The cows, pigs, goats, sheep, chickens, or camels that many families keep are often their most valuable economic and dietary assets,” write Naluyima Mugerwa and Lora Iannotti in The Guardian. “They serve as a hedge against the impacts of the climate crisis on their farms. They help ensure children don’t grow up malnourished.”

Livestock farming is an essential food source for half a billion people living in the world’s poorest rural communities, where malnutrition is a prominent health issue. According to 2020 data from the World Health Organization, “149 million children under 5 were estimated to be stunted (too short for age), [and] 45 million were estimated to be wasted (too thin for height)” because of inadequate access to vital nutrients. Many of these cases can be prevented by expanding access to animal-source foods that are “uniquely effective in preventing or addressing chronic malnutrition” in young children, Mugerwa and Iannotti write.

Livestock farming is under pressure from climate advocates seeking to reduce emissions from large-scale meat producers that contribute to global warming, and rightly so. But “the growing chorus of criticism directed against industrial farming in the west is threatening to undermine support for livestock everywhere—including in the developing world,” the two authors state.

Most livestock emissions come from industrial farms designed to support the meat-intensive diets of developed nations—like those in Europe, where the average resident consumes 69 kilograms of meat every year compared to the average 10 kilograms per African. By contrast, smallholders often use sustainable farming practices that “are good for people and the planet.” For these reasons, Naluyima and Iannotti say global policymakers should use this fall’s UN Food Systems and COP 26 summits to rally support and investment for smallholder farmers.

Participants in the UN Food Systems Summit’s Sustainable Livestock Solution Cluster say global livestock production must be reduced by half to “stay within environmental limits and planetary boundaries,” and acknowledge that livestock production and consumption should be distributed more equitably.

But they maintain that global food systems must emphasize a just transition to ensure climate policy supports vulnerable communities, while targeting the largest consumers and emitters.

“Ending agricultural expansion for industrial livestock and feed production would be hugely beneficial to farmers, herders, and other practitioners of traditional animal husbandry, who have overwhelmingly maintained sustainable, agroecological practices but whose livelihoods are threatened by climate change and sectoral intensification,” the cluster participants say.