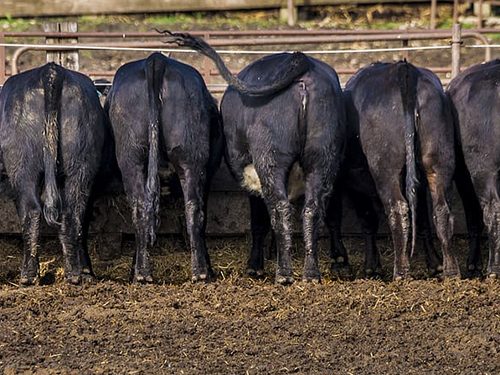 “The economic interests of the meat industry, which are worth billions, and the refusal of politicians to reform strategically and coherently are keeping us on a tortuous path overstretching the ecological limits of the planet,” Heinrich Böll Foundation President Barbara Unmüßig told Green Queen.

According to one recent study, meat production is responsible for 57% of food system emissions, largely resulting from deforestation for grazing and growing feed crops, as well as methane produced by the animals themselves. Plant-based foods are comparatively less damaging to the climate and account for only 29% of the sector’s climate impact, writes The Guardian.

Climate advocates have long pointed to these statistics to call on consumers to include less meat in their diets, and new data shows that dairy consumption needs to be cut down, as well.

However, research describing the outsized impacts of industrial agriculture has done little to alter food system investment patterns, as indicated by a recent UN report concluding that almost 90% of the US$540 billion per. Year spent on farm subsidies produce “harmful” impacts. This funding “damages people’s health, fuels the climate crisis, destroys nature, and drives inequality by excluding smallholder farmers, many of whom are women,” the report found.

Large beef and milk producers in the United States and Europe receive the bulk of the financial support while also generating most of the food system’s greenhouse gases. The distribution of subsidies also creates unequal food access, and rich countries continue to overconsume meat while poor countries rely on low-nutrition staples.

As a result, “numerous analyses in recent years have concluded the global food system is broken, with more than 800 million people experiencing chronic hunger in 2020 and three billion unable to afford a healthy diet, while two billion people are obese or overweight, and a third of food is wasted,” The Guardian says.

Despite harming both people and climate, subsidies are on track to rise to $1.8 trillion by 2030 without intervention, the UN concluded. That figure points to shifts in financial flows as an essential tool to reduce global warming and create a more equitable food system.

Politicians are increasingly being pressured by the public and advocacy groups to “clamp down on deforestation and human rights violations in supply chains, facilitate the switch to more plant-based diets, and redirect billions of Euros of subsidies and finance to small, sustainable farmers,” Friends of the Earth campaigner Stanka Becheva told Green Queen.

But while transforming the food system is imperative, it should be done carefully. “There is real concern that the growing demand for more sustainable milk alternatives will be met through unsustainable means,” Climate News Net cautions. “Intensive farming of alternatives can create monocultures that blight biodiversity, need large amounts of water, and can release more carbon into the atmosphere.”

And while cutting meat consumption in developed nations is critical to reduce emissions, policy changes should consider the crucial role of livestock “for a significant portion of the world’s malnourished people, [for whom] milk, meat, and eggs are a source of essential nutrients not available—not now, nor in the foreseeable future—in plant-based alternatives,” writes The Guardian.