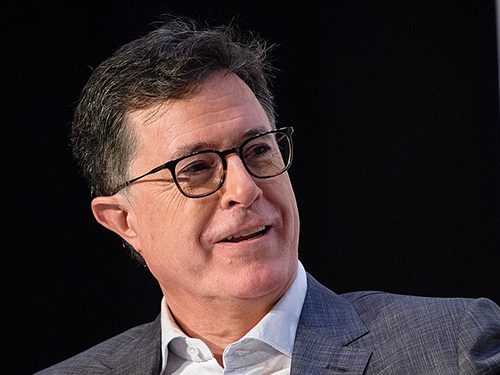 Determined to be “1/365th” of the solution to the “hottest problem on the planet,” some of America’s top late-night comedians are teaming up for a cross-network “Climate Night” on September 22.

TBS’s Samantha Bee, ABC’s Jimmy Kimmel, CBS’s Stephen Colbert, and NBC’s Jimmy Fallon and Seth Meyers will be among those working hard to wield laughter as a lens through which the public can see the climate crisis more clearly, writes CNN.

Comedy fans may recall a July episode of The Late Show with Stephen Colbert when its titular host, reflecting on a summer already thick with devastating weather events, observed that “the chickens have come home to roost, and they are… deep-fried.”

“Climate change has gone very fast from ‘probably the future’ to ‘actually, right now’, which means we all need to be talking and thinking about it much more,” Bodow told CNN.

“Late-night hosts reflect our national conversation even more than Russian Twitter bots set it,” he added. “So this incredible group of shows coming together makes a statement about the scale and urgency of the world’s hottest problem.”

Asked why he is participating, Kimmel said, “I don’t want to die.” Not missing a beat, Fallon added his own comment: “In the interest of recycling, please use whatever Jimmy Kimmel said.”