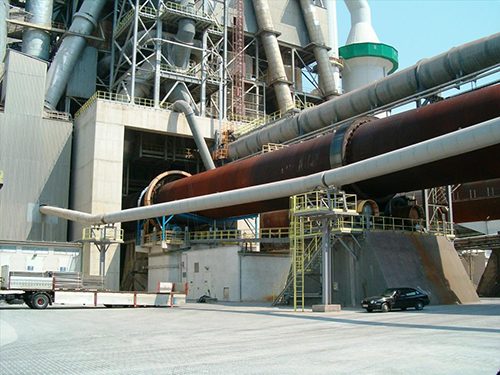 A technology and materials company in Australia says it’s come up with a cheaper, more direct way to capture carbon dioxide released in cement manufacturing.

Producing cement and using it as a building material accounts for up to 8% of the world’s carbon pollution, Bloomberg Green reports. But getting those emissions under control means more than just changing out energy sources: the cement manufacturing process “involves heating limestone and producing CO2,” Bloomberg explains, so “attempts to cut cement emissions so far have involved separating CO2 from a mixture of gases and then burying it deep underground.”

Separating the gases is the most expensive part of the process, and that’s where Calix Ltd. says its new approach, dubbed Leilac, can make a difference. “It simply uses a new type of kiln that heats limestone in the absence of other gases,” Bloomberg says. “Limestone goes in one end of the kiln and pure CO2 comes out the other.”

Calix piloted the technology in 2013, and is building a demonstration plant that it hopes will capture 100,000 tonnes of carbon dioxide per year once it goes into service in 2023.

The company has formed a subsidiary, Leilac Group, with an exclusive global licence to set up partnerships with cement and lime companies, the news story states. Earlier this month, New York-based carbon management firm Carbon Direct bought a 7% stake in Leilac for €15 million.