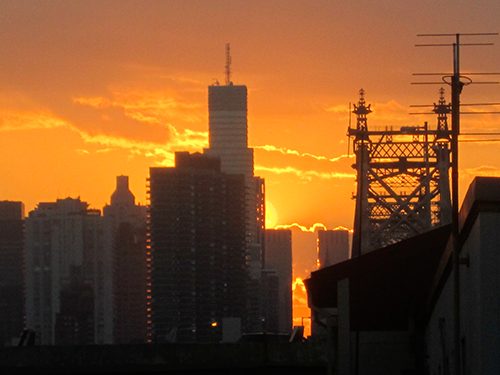 Countries are on the verge of failing to avert “catastrophic consequences” at this year’s United Nations climate conference, beginning in just six weeks in Glasgow, even though G20 countries on their own can get average global warming down to 1.7°C if they decide to take action, according to a flurry of reports issued late last week.

On Thursday, UN Secretary General António Guterres warned that COP 26 is “at risk of failure due to mistrust between developed and developing countries and a lack of ambitious goals among some emerging economies,” Reuters reports, in a dispatch cited by Al Jazeera. That was after the World Meteorological Organization issued what Guterres called an “alarming appraisal of just how far off course we are,” concluding that carbon dioxide, methane, and nitrous oxide emissions have all continued to rise through 2020 and the first half of 2021.

Guterres warned in response that “unless there are immediate, rapid, and large-scale reductions in greenhouse gas emissions, limiting warming to 1.5°C will be impossible, with catastrophic consequences for people and the planet on which we depend.”

But countries are having trouble reaching agreement on the path forward they were supposed to finalize last year, then this year, at the Glasgow COP.

In a separate report last week, the UN climate secretariat said 113 countries have updated their voluntary commitments, or Nationally Determined Contributions (NDCs) under the Paris climate agreement, reducing their combined emissions by 12 to 26% from 2010 levels by 2030.

But while the UNFCCC presented that result as a sign that the Paris deal is working, it falls far short of the 45% threshold set out in 2018 by the Intergovernmental Panel on Climate Change as a necessary step to stabilize average global warming at 1.5°C. And after factoring in the 78 countries that have yet to update their NDCs, as they were supposed to do by the end of last year, global emissions are on track to rise 16% by 2030—putting humanity on track for 2.7°C average warming, the release said.

Many of the NDCs from developing countries also include commitments that are conditional on international finance and other forms of support.

“This shows just how central the issue of providing support to developing countries really is,” said UNFCCC Executive Secretary Patricia Espinosa. “We need to peak emissions as soon as possible before 2030 and support developing countries in building up climate resilience,” but rich countries’ 2009 pledge to mobilize US$100 billion per year for climate finance remains unfulfilled.

Now, she added, “it’s time to deliver,” and “COP 26 is the place to do so. Developing countries need this support in order to act as ambitiously as possible.”

Today, Guterres and UK Prime Minister Boris Johnson were set to convene a group of world leaders on the sidelines of the UN General Assembly, to try to restore momentum around an ambitious set of climate goals.

“My objective and the reason why we are convening a meeting on Monday is exactly to build trust, to allow for everybody to understand that we all need to do more,” Guterres told Reuters. “We need the developed countries to do more, namely in relation to their support to developing countries. And we need some emerging economies to go an extra mile and be more ambitious in the reduction of air emissions.”

The countries that have not yet updated their NDCs include China, India, and Saudi Arabia, Sengupta notes, while Brazil, Mexico, and Russia have downgraded their targets.

“Now science is shouting from the rooftops that it’s time to level up actions in an order of magnitude sufficient to the challenge,” former UN climate secretary Christiana Figueres said in a statement. “All other geopolitical issues will fade into irrelevance if we fail to rise to the existential challenge that climate change presents.”

The alarm surrounding this year’s COP continued to mount in spite of analysis last week by the World Resources Institute and Climate Analytics, showing that a path to 1.5°C should be well within reach. The report, Closing the Gap, “finds that if G20 countries, accounting for 75% of global GHG emissions, set ambitious, 1.5°C-aligned emission reduction targets for 2030 and reach net-zero emissions by 2050, global temperature rise at the end of the century could be limited to 1.7°C,” WRI said in a release Thursday.

To get all the way to 1.5, “ambitious action in non-G20 countries is needed as well, along with greater efforts to rein in emissions from international aviation and shipping,” WRI added. “Mobilizing developing countries to take ambitious action will require developed nations to substantially ramp up financial support to fund policies and projects to curb emissions and build resilience to climate impacts.”

But “the G20 is responsible for the vast majority of global emissions, and it’s clear from this report that we need the combined action of the world’s richest nations to limit warming to 1.5°C,” said Climate Analytics CEO Bill Hare. “Ahead of the Glasgow Climate Summit, the G20 governments must commit to taking much stronger action—to halve global emissions by 2030—and put money on the table for climate finance.”

“Action or inaction by G20 countries will largely determine whether we can avoid the most dangerous and costly impacts of climate change,” agreed WRI Vice President, Climate & Economics Helen Mountford. “That is why it is so egregious that Brazil and Mexico put forward weaker emissions targets than what they submitted five years ago, while China—the world’s largest emitter—has yet to commit to a 2030 emissions reduction target that aligns with its pledge to zero out emissions by 2060.”

To hit the 1.5°C threshold, she added, “all G20 countries need to pull their weight and deliver ambitious climate plans ahead of COP 26. And developed nations have a responsibility to fund climate action in developing countries.”